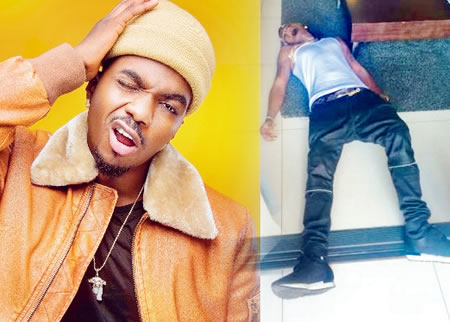 The music industry was thrown into confusion in 2015 when the news of the ‘death’ of Skibii Mayana came to town.

Barely 24 hours after the singer was said to have slumped, his management, Five Star Music, released a statement saying that he only passed out for a few hours and had been revived.

Four years after the hoax, Skibii has come out to clear the air on the confusion as he revealed that he did fake his death in 2015 because people were not appreciating his music talent and he was forced to do something that literally evoked emotions and made him popular.

Barely a year after he left Five Star Music to set up his record label, Skiibii said he faked his death because he was ready for everything but people never saw beauty in his talent.

On Friday, in an interview with on air personality, Dotun, Skibii said he was frustrated because inasmuch as he tried to put his talent out there for the people to see, no one was seeing the beauty of his music prowess and he was desperate to anything.

“I was ready for this. For everything. What I feel is that people don’t know what I’m capable of. They don’t see the beauty in my talent. More bangers coming. Na dem say na hit me I no know say na hit sef,” he said.

On how the fake death affected his career afterwards, the More Grace boss said he had to pick up himself and face the consequences of his actions.

On the backlash he faced after the stunt took a negative turn, Skiibii said: “I was down. I picked up myself. You can’t be like this. You know the truth. Fight for it.”