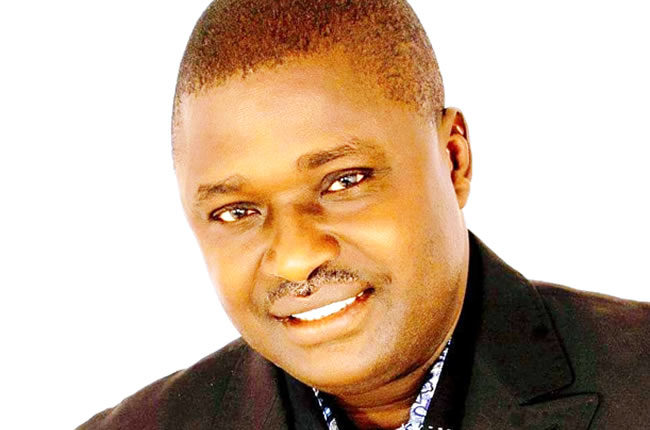 Simon Mwadkwon represents BarkinLadi/Riyom Federal Constituency of Plateau State in the House of Representatives. In this interview, the federal lawmaker speaks with ISAAC SHOBAYO on Electoral Amendment Bill, 2023 elections, insecurity, among other issues. Excerpts:

President Muhammadu Buhari has declined assent to the Electoral Amendment Bill. Is there any hope that the National Assembly will re-present the bill for the president sign?

The bill was sent to Mr President but he has declined the assent and returned it to the National Assembly. In following the due process of law, if the National Assembly feels strongly that the bill is a popular view of Nigerians and that it is going to help the country and help improve the electoral process without rancour and difficulties that may arise as a result of implementing it, the National Assembly can veto Mr President. However, when it was returned, we raised the issue in the House of Representatives through the minority leader but Mr Speaker [Femi Gbajabiamila] overruled, saying we should stay action on it until January when we resume from Christmas and New Year break. He argued that we are running a bicameral legislation, that the House of Representatives alone cannot just decide on such a matter without recourse to the Senate. But my personal opinion would have been that the House of Representatives should have allowed members to discuss the issue and agree whether to veto it or amend the bill and still send it to Mr President because that is the normal procedure. But as it is now, it has been put on hold till January. A lot of people have discussed at different forums and there is the insinuation that the reason the president refused to assent is not because of the issue of direct or indirect primary, but the issue of electronic transmission of election results. They believe that APC would not want that giving a classical example of what happened during the Edo State election where results were transmitted electronically; the results were not contestable. Also why the president has refused to sign the bill is because of the pressure on him from the governors. The governors seem to have absolute power over states and if the president refused the advice of the governors who have the party structures in their hands, that may lead to the collapse of the All Progressives Congress. The National Assembly is insisting that direct primary should be done, the reason being that governors have power and dictate things to their advantage. The president is being careful and that is why he is dancing to the tune of the governors.

Do you think the bill will see the light of day in January?

I don›t think it will see the light of day. President Buhari will not want to take the risk of losing any state because of direct primary; the governors will insist and ensure that he does not sign it. Apart from this, he has received advice from the Minister of Justice and Attorney General of the Federation, [Abubakar] Malami said the direct primary is likely to plunge the country into crisis. When direct primary was feasible in this country there were a lot of factors that militated against it.

The issue of tribalism has become stronger in Nigeria. Following the coming of President Buhari, religious differences have become the order of the day. Also, the issue of regionalism is so strong now that you cannot take it away from the minds of Nigerians. Direct primary is capital intensive and INEC is saying it doesn›t have the money and, of course, the nation is living on borrowing.

A lot of factors are there to challenge the acceptance of direct primary. I am not in support of an Act of Parliament to decide for political parties on who they should bring as their standard-bearers. But there can be some guidance as to how it should be run through the Act of Parliament, so every political party should be allowed to produce its candidates. The kind of democracy we are practising in Nigeria is that when you are voting, you are voting for the party, not an individual or candidate because it is the logo of the party that is on the ballot paper.  Mr President had sought advice from the Minister of Justice and Attorney General of the Federation, the implication far outweighs the advantages. So I don›t think the bill will see the light of day.

Also, given the nature of the National Assembly, I don›t think [Ahmad] Lawan and Gbajabiamila can gather the strength to veto Buhari because it is their party and sometimes they don›t feel the pulse of a nation. What is paramount to them is the person at the helm of affairs. If you look at the approval they have been given, especially on the foreign loans, most times there is no serious debate and thorough investigation on what those loans will be used for. If you collect a loan for a capital project, that project should be able to service the loan after completion. But what have they done with the loan collected so far? Approvals for such loans were usually given at the speed of light.

Are you saying the interest of the nation is being sacrificed for personal interest?

The interest of the nation is supreme. The factor in Nigeria did not allow for that. Many of our leaders do not have the love of the country at heart. Why am I saying this? People seem to be narrow-minded and this has been said time without number. Looking at the appointments of President Buhari into the different MDAs, you will find out that his mindset is on a particular ethnic group as if there are no better heads in other places.

The present administration of President Muhammadu Buhari has less than two years to go; can the government tame the raging insecurity in the country before 2023?

From all indications, the present administration can no longer tame insecurity in Nigeria. The country is at the edge of a precipice. The All Progressives Congress-led administration is playing politics with the terrible situation. And I want to say that unless those saddled with the responsibility of protecting lives and properties braced up, the insecurity might consume the country. There is no sign that the President Buhari led government is willing to tackle the insecurity head-on because there is no serious commitment on the part of the government to tame the ugly trend.

We are not secure in this country. Even in your bedroom there is the fear of uncertainty. Leaving your house to the next street you have to pray; Nigeria is becoming a lawless society. Those in the government saddled with the responsibility of protecting lives and properties have been playing politics with the issue of insecurity and this is capable of consuming all of us.

The recent attack on Jos Correctional Centre was a big surprise to quite a lot of people considering the location of the centre. The centre is surrounded by the state police headquarters, the DSS, Operations Safe Haven and police barracks. Surprisingly, the elements beat security arrangements in place and carried out that attack without being arrested.

It is an embarrassment and unbelievable, which means nobody is safe.  So the authorities of the correctional centre should do a thorough investigation because this cannot happen without the collaboration of people within the service itself.

When the issue of attack on farmers and locals in my constituency and other parts of Plateau State started, it was not given serious attention. When it started here on the Plateau, we cried out but nobody believed us until it engulfed the nation. I also want to emphasise that the breeding ground of insecurity in Plateau State is BarkinLadi and Riyom local governments. I have talked about this time without a number. The Rankum area which some people named Mahanga now is a hideout for terrorists. But today it is clear that most of the attacks that are happening in Plateau State are coming from that axis. Even the security confirmed that the recent attackers on the correctional centre in Jos came from BarkinLadi.

Does your party, Peoples Democratic Party, have what it takes to unseat the All Progressive Congress in 2023?

The All Progressives Congress has squandered its goodwill. No single electioneering promises of President Buhari has been fulfilled; he has achieved none. There is no single one that he has achieved. He promised to end insecurity, to improve power supply, to boost agriculture, among other promises, but none has been fulfilled. The prices of essential commodities are rising on a daily basis. At present, cooking gas is beyond the reach of average Nigerians. Things are getting worse every day under his leadership. APC as a party is groping in the dark; it attempted state congresses and ended up with 94 state chairmen. So we are waiting for what their national convention will produce. So the chance of PDP returning to power in 2023 is bright.

How Buhari can rescue Nigeria from festering insecurity, hunger in 2022 —Aiyede