Why entrepreneurs must embrace Blockchain for business growth 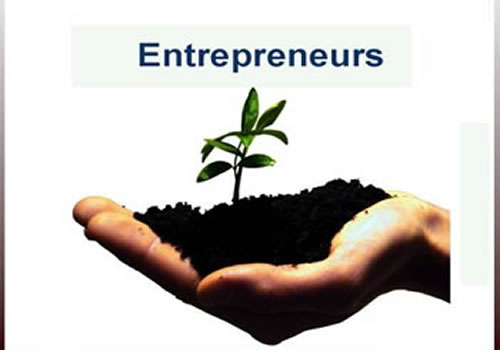 It is no doubt that you must have come across the term ‘Blockchain Technology’, but there’s a chance you have been wondering how the blockchain technology actually works A blockchain is a decentralized ledger of all transactions across a peer-to-peer networks. Using this technology, participants can confirm transactions without a need for a central clearing authority.

This means that a blockchain can be plainly said to be a chain of blocks whose efficiency in maintaining a prudent and transparent mode of transactions has made it stand out as one of the best inventions of the digital world.

A transaction request can involve cryptocurrency, contracts, records or other information, hence, the unalterable and permanent records nature of the blockchain technology thereby makes it a great technology to be used in several applications/industries in a bid to ensure maximum transparency and keep the tiniest of records.

Blockchain has turned itself to one of the hottest financial technology trends of the 21st century and it is gradually revolutionising every industry in the world, hence why entrepreneurs must embrace its usage.

Meanwhile, here are the reasons why entrepreneurs must embrace the usage of blockchain for the growth of their businesses.

It a known fact that entrepreneurs need financial support and backup for their business. Therefore, they need to spend every penny wisely. It is because a penny saved is a penny earned. Start-up owners have to understand this. This is exactly where Blockchain comes to their rescue. Entrepreneurs can save up using blockchain without any fear of loss, theft or any bank charges.

Blockchain could be utilised as a medium to compensate employees for their contribution to the growth of an organisation. Many start-ups seek the services of remote workers. Some of them pay in the form of Bitcoin. Keeping this in mind, entrepreneurs must think about paying their remote workers in the form of Bitcoin. This move could significantly lower the cost of payroll processing for them. A lot more positive things can happen for start-ups. Time consumed in the transfer of money from one country to another or from one bank to another will reduce significantly when Blockchain is embraced. Payroll processing service providers can circumvent the cost of money transfers. Payment in the form of Cryptocurrency (Bitcoin and others) could save a lot of money for you as well as your employees.

One of the top ways blockchain can improve your business as an entrepreneur is by giving you robust security measures in the environment.

The technology comes with the power of decentralisation and transparency which encourages users on the network to store and verify some or all of the information stored in the network. Also, the blockchain network comes with higher complexity and security considerations which lower down the risk of cyberattacks.

In addition, the concept of Blockchain for digital identity facilitates users with the functionality to protect and maintain their identity and see how they can access their information and use it for any purpose.