Why Ekiti people must be patient with Fayemi —Bisi Aloba

Chieftain of the All Progressives Congress (APC) in Ekiti State and former chairman of Ikere Local Government Area, Chief Bisi Aloba, in this interview by SAM NWAOKO, speaks on Governor Kayode Fayemi’s administration, the APC in Ekiti State and sundry issues. Excerpts: 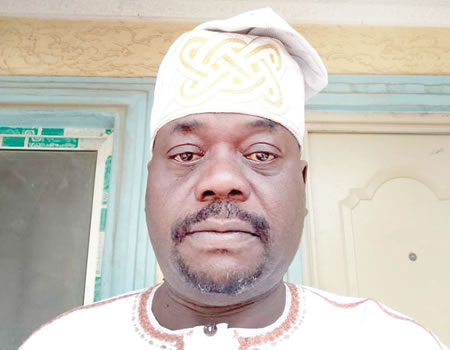 On October 16 this year, the second term of Dr Kayode Fayemi clocked one year and there have been various opinions of the government. What is your assessment of the state government so far?

In my opinion, the second coming of Governor Kayode Fayemi in Ekiti State is a blessing for the state. As politicians of this generation, we have been clamouring for continuity in governance and some of us feel that the best way to go about this is by ensuring that projects are not abandoned and government policies are maintained.  Another area is that we have been looking out for those who would carry the young people along for their participation and for patronage. In the past, we had 70-year-olds and so on as commissioners, special advisers, etc. But since the coming of Dr Fayemi, this has been reversed. If you look at the Fayemi government, about 80 per cent of the people there are below 60 years. You will see young women there and young men. He came and said he was not going to probe anybody and that he believes in continuity of government policies and projects and he passed a law to that effect. He said there is no need for abandoning of projects. I think his coming back in a blessing for Ekiti State.

You are satisfied but some other people are not quite satisfied with his performance, saying that they expected more than what he has done?

If they critically examine what Fayemi has done in Ekiti State, those with contrary opinion will agree with me that he has done well so far. Look at the Ikun Dairy Farm which he has revived in collaboration with the private sector; the Ikogosi bottled water project; the Ikogosi resort; the civic centre in Ado Ekiti. Ekiti is an agrarian state but nobody is going to the farm because the incentives are not there. Fayemi has put life back in this sector so as to make it attractive, and i know that soon, the results would begin to show.

One of the complaints is the allegation by some people that Governor Fayemi is always outside the state and that he allegedly operates like a ‘foreign governor’? how do you react to this allegation?

When I was the chairman of Ikere Local Government, our council owed salaries and sundry debts. After the Joint Accounts and Allocation Committee (JAAC) meetings where allocations are made, we would have to borrow about N500,000 to augment what we had to be able to pay salaries. But I began to make moves to reverse this trend; I began to make trips to Abuja to see what we could do to solve the allocation problems. I was always outside the council area. After about nearly four months of constant movement, our efforts yielded results. Our allocations improved and within a year, we were able to clear the arrears, paid leave bonuses and were also able to carry out some projects. This was as a result of our efforts, and we could not have achieved this if I had sat down in Ikere without making efforts. Governor Fayemi is the Chairman of the Nigerian Governors Forum, the first of its kind in the South West region. He is the chairman of the 36 governors in the country, both PDP and APC so he is like a president on its own. Whatever involves the Governors Forum surely involves Dr Fayemi and what this means is that if he has to go to the United Nations, Africa Union, African Development Bank or the World Health Organisation (WHO) and so on, he would have to do that. He has to lead the team because he is the chairman. In Ekiti, God has given him a team that is dependable and hardworking. His Deputy is there; Chief of Staff, Secretary to the State Government, Head of Service, commissioners and others are all working round the clock daily to drive the vision of the government. Work is not halted in any way in Ekiti, so his being in the state isn’t supposed to be a problem. Like my case as Ikere chairman then, Fayemi does not need to sit in a place, he has to go to places to get results for Ekiti State. Ekiti is moving forward and I want to believe that soon, the results of his efforts would begin to show more. Already, the private sector he brought has begun work at Ikun Dairy and a lot of partnerships are in the offing and the people should just trust his government because the vision is clear and Ekiti will benefit from the experience and knowledge of Fayemi.

There are claims that Ekiti APC is on a low key or quiet, and that appointments and sundry patronages are not properly distributed among party members. What in your opinion is going on?

As far as I am concerned, Ekiti APC is very cohesive and the party is on a strong footing. We are a family. Appointments have been made and boards have been appointed and we are all happy about these. The people appointed as commissioners are young and brimming with ideas and they are the people we expected to emerge as commissioners. Like in my town, Ikere, the Commissioner from there, Olumuyiwa Olumilua, is vibrant, visible and is performing well. And that’s also the case with the other commissioners. Everyone like me should accept the appointments made and support the government because it is ours. What we should rather be talking about now is federal appointments, for which I know he would patronise the party members. He will not give that appointments meant for APC members to PDP members. There is hierarchy in the party, whatever is happening in the local government, he will direct you to see the chairman of the local government while if it is something that has to do with the state, he will direct you to see the state chairman of the party. It is not a one-man show or an individual show. Come to think of it, appointments that have to do with the party are made by the party. For instance, when there are vacancies to be filled, the LG chairmen of the party send list of names and from these names appointments are made. And these appointments are made according to the hierarchy of the list. So it is not even Fayemi that makes the appointments.

So, what are you telling your people, the people of Ekiti State?

They should be patient with Governor Fayemi because he is a good product and if you have a good product you will market it. He is God-chosen, pride of Ekiti and I believe that he will go beyond Ekiti. Governor Nyesom Wike of Rivers State knows the worth of Dr Fayemi and this much we could infer from what he said about Dr Fayemi recently. That is the kind of governor God has given Ekiti State at this time and we must appreciate him and be patient with him and support him to take the state to greater heights.

Obaseki’s reforms, Oshiomhole, APC and warnings ahead of 2020

‘Why we are raising teenage fashion enterprenuers’