Politics
By Osaretin Osadebamwen On May 5, 2021 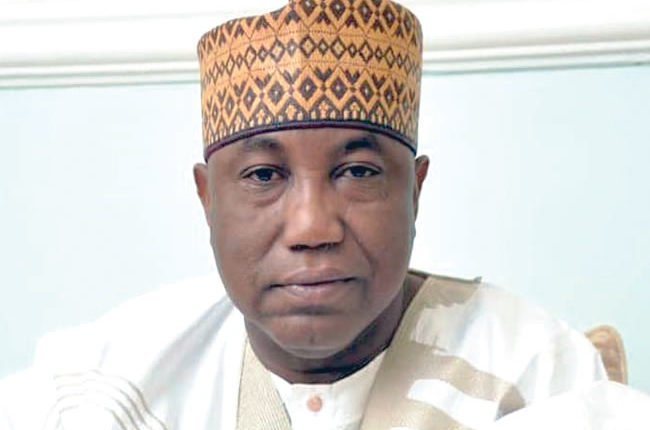 Amid the rising divergent views on the ongoing process to amend the Electoral Act by the National Assembly, Osaretin Osadebamwen engaged the chairman of the Senate Committee on INEC, Senator Kabiru Gaya, on some inherent issues and public concerns, insecurity vis-a-vis the next general election in the country. Some excerpts:

You held a public hearing on the Independent National Electoral Commission (INEC) with focus on penalising offenders. How is a politician, who breaches the process get punished under the proposed amendment?

Already, the bill has been sponsored by a senator. And that’s part of the routine of the Senate: to make laws.  That is the tradition. And what the Senate wants is to make sure that this bill takes care and supports all the stakeholders captured in the bill. That means having an election that would be free, fair and credible to punishing those who are trying to obstruct elections in some places or who are also bound to cheat during the process. Therefore, these things are to ensure the law enthrones things that are done in order and according to the law. This is the major interest of the Senate. In terms of governance, you have good governance, we have freedom to hold elections. That means you have good leaders that you intend to vote and they could be voted for based on their character and capacity, coupled with credibility.

When you don’t have this kind of laws to punish people or offenders, it means everybody can take the laws into their hands and end up having leaders that are not the rightful candidates or leaders for the country, and you end up having problems.

Beyond the fact that it is not the business of INEC to provide security during election, are you not concerned that it remains a core challenge for the commission?

So far, you find out that it is not only INEC that controls who makes the election free and fair. The security agents are also part of it. They make sure that the place is good enough for people to come and vote peacefully and leave. Besides, security agents and the general public among whom are all the politicians are to make sure that people turnout during elections and that people elect credible leaders.

Really, we have to insist that when electoral officers commit offence, they should be deemed worthy of punishment. The same goes for security agencies, who fail to support the election to be free of any problem.

There are public concerns over the seeming foot-dragging on the Electoral Act amendment. What is the pace of work on electoral reforms, including the issue of e-voting?

First, President Muhammadu Buhari, did not sign the Electoral Act 2010 amendment bill in the eight Assembly simply because of the challenges posed by the alterations and new clauses at the threshold of the 2019 elections.  The time was too short to implement it. If the president signed the bill, those clauses could not be implemented. We may end up with so many inconclusive elections all over the country. For now, we are not dragging our feet. We are trying to make sure that we don’t have a repeat of the 2019 case, where the Electoral Act bill passed by the National Assembly was not signed. We are making sure that we carry the government along because in all our deliberations, we have a representative of the Minister of Justice and Attorney General of the Federation. Sometimes, he comes by himself, when he cannot come, he sends judicial officers to attend our meetings even during retreats. We met with the attorney general’s office, even during technical committee meetings.

The attorney general is the ear to the President when you are making laws. He advises the president on laws. That is the reason we refer our laws to the Attorney General’s office for comments. So, if they are part of us and we had all these collaboration with them and come to conclusion on how it is supposed to be, I am sure that the President will concur to the bill. These are the ways in which we are trying to prevent the issue of the President sending the bill back to the Senate and I hope and believe that it will only be sent back to Senate after the President has signed the document.

The 2023 election is fast approaching. So, how long do you think the alterations and amendments to the Electoral Act bill is going to take?

The committee has finished its job but by the procedure, when you finished with the bill, it has to go to the floor of the Senate and the floor the House of the Representatives. Luckily, we have reduced the time to be spent on the bill. Both the House and the Senate are working on one paper and document. We don’t have to do our public hearing one day and the House on another day. We have all agreed on that. It involves the leadership of both chambers. They are cooperating with us and working as a team and we are working on one bill. Even during the public hearing, the members and the chair were all at the meeting. So, the process, definitely, is being followed; we are not dragging or delaying it.Recall that there are other bills also ahead of us. Those bills must be passed before our own; we do not have to jump the general sequence in the Senate. We have the PIB; it is very important because it bothers on the generation of revenue for the nation. After that bill, ours is next and I assure you that before we go on a long break, the bill will be passed in the Senate.

The INEC has announced Feb 18, 2023 as the date for the 2023 general election, despite the fear being expressed by some Nigerians on the fate of the elections, due to the wave of insecurity across the country. As the chairman of the Senate Committee on INEC, don’t you think the fear is real? Are you not seriously worried by the security challenge?

First of all, I am worried by the insecurity and indeed, every meaningful Nigerian is worried about the state of insecurity in the country. We need to find the ways and means to assist the government achieve peace in the country. Without peace, we cannot even move around; without peace and security most of our farmers can’t go back to their farm lands. Definitely, we are concerned about stability and peace. The Senate recently dedicated, for the umpteenth time, a whole day on the issue of security. We didn’t do any other thing. No motion; no bill in the Senate; the only issue we discussed was from one single motion on security. It tells you how much we hold the issue of security in the country. We told the Senate leadership, Senator Ahmed Lawan, being the chairman of the National Assembly, to go and see the President and discuss with them the way out of this mess and to know what serious measures are to be been taken on the issue. Let us start talking to the presidency. Definitely, the issue of insecurity is of concern to us and it’s scary. If you could see on social media, videos how these people move freely on the roads, with guns and other sophisticated weapons. They even have machine guns for fighting aircraft and so on. So, we are concerned about the situation.

On the issue of election, I believe that before the time comes, the situation would normalise; we will be able to hold elections in peace and that this insecurity level will drop down and we will be able to have peace around the election. We have the Anambra election coming up; that is also another test run. We have other places that have elections, so that exercise will be a test run. And I hope and believe that the security agents, in collaboration with the president giving them the orders and  directives to keep the nation safe, they will be able to restore and maintain peace before then. I just hope that within the next one year, the country will be in a better position than it is now.

From your assessment as the chairman of the Senate Committee on INEC, to what extent is the commission, as some stakeholders claim it is still subject to the whims and caprices of the power-that-be at the centre?

Actually it is independent. I have to commend Professor Mahmood Yakubu, who has, in some quarters,  stepped on many toes. Take for example the issue of Zamfara State. APC is the ruling party in the country,  There was a court judgment that there will be no APC candidate for the elections conducted in that state. That was a harsh decision taken against the ruling party. Yet, there was no interference and the INEC stood its ground based on the judgment.  You saw how we conducted the Edo and Ondo governorship elections. These are areas where we had expected to win but we did not, and there are areas where the PDP expected to win but it did not win. So, I believe the management of the INEC are trying to make themselves indeed independent and free; that they are independent and can take their own decisions.