Interview
By EBENEZER ADUROKIYA On Jul 11, 2021 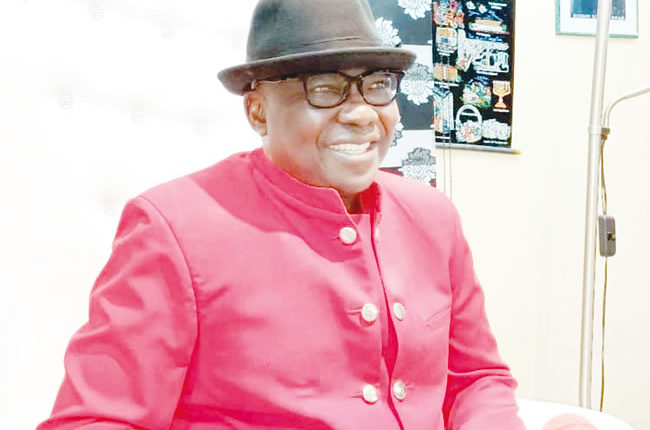 What is your take on the arrest of the IPOB leader, Nnamdi Kanu?

The arrest is not my problem. The Federal Government has the right to arrest and try anybody who acts against the progress of the country. But I must say that they should give him fair hearing and the judgement should not be done in a way that everyone, including the Igbos and the South-West people, will feel oppressed. They are talking of the IPOB boys; what of the man who is organizing the killings in the South East, South-West and North? No place is safe in the whole country. That Fulani guy has become a god that nobody can touch and that is very unfair. We thought that President Buhari, being a military officer, will be able to take back this country from the molestation of the Fulani. If Buhari is not involved, let him come out clear and declare that man, Sheikh [Ahmad] Gumi, wanted and let him be tried before the whole world. United Kingdom is ready for Buhari if he is not careful. Why did he cancel his treatment journey overnight? The eyes of the whole world are on us. We, who travel, are ashamed. For a country like Nigeria to be poor to the point that more than half of Nigerians cannot eat and millions of Nigerians are in the internally displaced camps is a shame! I am badly disturbed as a man of God.

Are you saying that President Muhammadu Buhari has been unfair in dealing with insecurity in the country?

Not only the president, with the things that are going on in the Northern states, especially Kaduna, I must say something is wrong with the governor of that state. This is because if you’re elected into power, it is to protect the lives and properties of the people. People are being killed every day;  people are in camps. To me, it’s a shame. I don’t know the problem the president has. It is possible that those around him are the ones deceiving him. All said and done, I think our president should do something that can prove to Nigerians and people of other nations that he is capable of ruling this country. If not, it is a big shame.

That is certain. These are young people. Before I left school when I was young, three oil companies were already negotiating with me and I had to make a choice. For millions of youths not employed, they sit in their fathers’ homes. That’s why they take drugs and bear arms because they have no hope. Buhari has never given hope to these young ones and for anybody who has no hope, the only thing he can do is to destroy himself or kill whoever he sees. I am ashamed of what the government of APC is doing.

Do you have any solution you can suggest to the federal government to address the current challenges we are facing in the country?

If the federal government wants to really give this country hope, what those governors have recommended about open grazing should be accepted; and not only accepted, they should also be improved upon. Those who are suggesting that the federal government should give them money, to me, are wrong. If the FG is going to give them money, it should also give to those who are selling spare parts; to those who have schools. No section of this country should be treated as kings while others are treated as slaves. It is  purely unaccepted.

PIB has been passed by the national Assembly. What is your take on the bill?

I congratulate them for doing a good job. I feel it’s a good job because it has been around for a very long time. But they did something that is very bad and the whole South-South is unhappy. Three per cent is nothing; if it’s about 10 per cent to 15 per cent fine. They should not treat the South-South as if we are begging them for something. It is the money from the South-South that is running the whole economy. So it is very unfair. It should be at least 15 per cent.

The President General of UPU, Joe Omene, has stated that the three per cent earmarked for oil-producing and a pipeline-bearing host community in the PIB is a design to set up Southern communities against themselves. Do you buy into this statement?

To me, nobody can be forced to be a Nigerian. We are not under military. We are under a government that was elected. So if they feel they can do whatever they like, to your tent O Israel.

With the renewed agitations against some sections of the PIB, don’t you think it might snowball into youth uprising and militancy thereby putting the already fragile country on the edge?

To me, you are tempting me with that question. Everyone can do whatever he wants to do to get hope. A nation without hope is not a country.

We also have issues of unemployment and underdevelopment of the South-South region, what will be your take?

There was a time that President Buhari was sick and was taken to the UK and the vice-president made pronouncement that all companies who are involved in oil drilling should move to where they are getting the oil. But by the time the president returned, that issue was swallowed. It is wrong to put that matter aside. The companies should move to where the oil is drilled. We can’t suffer pollution and Lagos and Abuja are enjoying employment from the companies.

Recently the NDDC has been in the wrong side of media reports with agitations from groups like Niger Delta Avengers. What do you make of the tension coming up in the region?

I have said it from the depth of my heart that the APC government has been very very unfair to the South-South where the oil is being drilled. The militants, we were the ones that asked them to wait, we asked them not to act now so as not to end the economy. It is up to those around the president to advise him. If they want to do anything, now is better because the boys are ready. Anybody who takes these boys for granted will regret it.

My look is my greatest asset —Queen Fairy

Terrorists want someone like me as president —Udom Emmanuel

If we knew it will be this way, we might have acted differently in 2019…