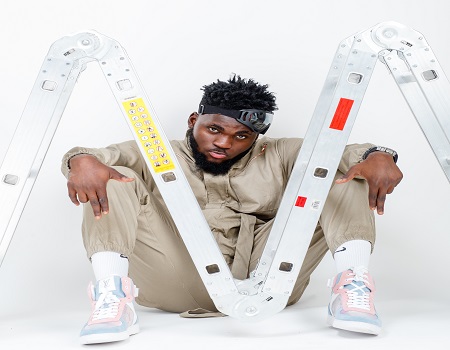 But for Evans Oghenekaro Ambakaderemo, known in the music space as Evih, the blame lies more with the artistes than their labels. According to him, most artistes are usually desperate and too hasty to pen deals without considering the full import of their contracts.

Speaking with Tribune Online about the face-off between artistes and labels, Evih said, “I think the reason why artists have issues with management is that artistes don’t really understand the content of the deal they are signing, they are mostly carried away by the fame and the stages, so they sign anything they put in front of them. But when the money starts rolling in, they begin to ask questions and by then it’s too late. I have a very smooth relationship and understanding with my current label. I appreciate and love them,” he declared.

The singer sang his way to the hearts of music lovers with the release of his debut EP “Cruise” on Thursday, June 11, 2020.

Since its release on all digital platforms, positive reviews have been streaming in, much to the delight of the singer who looks set to carve a niche for himself in the competitive Nigerian entertainment space.

“ I signed a record deal with Tycoon Entertainment in 2017 and since then everything has been amazing and beautiful. I never had a better year than last year. I recorded my first ever single “For You” in 2015. I dropped a couple of mixtapes in 2017 before signing with Tycoon Entertainment. I have already shot two videos under the label and this is my first project the “Cruise” EP,” he revealed.

He said while many artistes may get played by their label, Tycoon Entertainment has been like a family to him.

“They are willing to push and see my growth and when the cake is sliced everyone gets bread. God bless Tycoon Entertainment. Shout out to everyone,” he added.

Evih grew up in the FESTAC Extension area of Mile 2, Lagos State. He is from Kiagbodo town in Burutu local government area of Delta State. He studied business administration at the University of Benin, Edo State.