Why Alaafin told us to cooperate with Amotekun — Bani, head of Fulani community, Oke Ogun 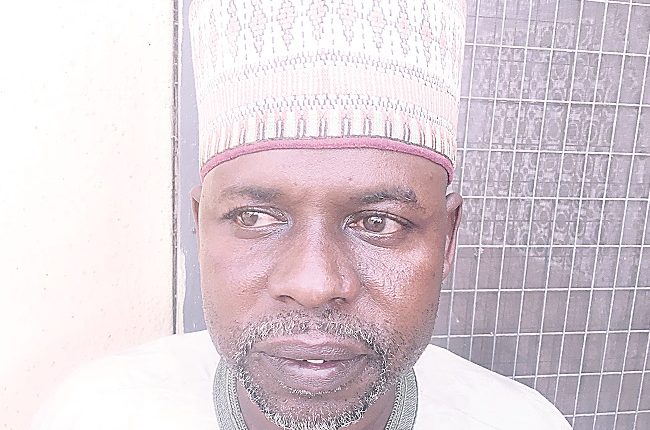 Abubakar Bani is the leader of Fulani residents in the Oke-Ogun area of Oyo State. In this interview, he speaks about the steps taken to flush out bad elements amongst his people and the activities of the newly created Amotekun security outfit.

How would you describe your status among the Fulani people in the Oke-Ogun area of Oyo State?

My name is Abubakar Bani. I am the Jowuro of Oke-Ogun.

What is the meaning of Jowuro?

A short while ago, there were reports that some Fulani elders visited His Royal Majesty, the Alaafin of Oyo, Oba Lamidi Olayiwola Adeyemi III. Were you part of that delegation and what informed the visit?

Yes, I was part of the delegation. Indeed, I led the delegation that went to the palace of the Alaafin, and the purpose was to congratulate His Royal Majesty on the celebration of his 50th coronation anniversary. We went on that visit to felicitate with the Alaafin. The delegation comprised various Fulani groups in Oke-Ogun and beyond.

Like I told you, I led that delegation and I regret to say that the account of what the Alaafin said at the parley has been distorted by a section of the media. We heard that the Alaafin spoke against Amotekun while he hosted us; that is not true at all.

What did the Alaafin say at the parley?

I told you earlier that we went on a congratulatory visit and His Royal Majesty used the opportunity to tell all of us that the paramount thing to him was for peace to exist in the entire Oke-Ogun region of the state. He called me particularly to say that all he wanted was the peaceful co-existence of all those who live in Oke-Ogun; I assured him that there was no problem about his concern. I told him that we are leading the charge against kidnappers and that we are doing so with the cooperation of all stakeholders.

What is surprising to me is that some people said that His Royal Majesty, Alaafin, attacked Amotekun during the visitation. He didn’t say anything to antagonise Amotekun during the period that we were there at his palace. The only thing he said about Amotekun was that he desired a full cooperation amongst all the security outfits in Oke-Ogun and that the Amotekun outfit was a creation of the law by the state government.

As the leader of the Fulani community in Oke-Ogun, what roles have you played to ensure that various acts of criminality that are ascribed to your people are stopped?

We are taking a lot of steps and we have achieved a lot in flushing out bad elements. And let me also add that in all the steps that we took, we made documented reports to His Royal Majesty to update him on what we are doing. Recently, we arrested some kidnappers with AK47 rifles. We took them to the appropriate authorities. I am sure that as we speak, all of them are still being detained.

We also hold regular meetings between herders and other Fulani people in the area through His Royal Majesty and at those meetings there are representatives of the State Security Services (SSS), the police, civil defense corps and agro-rangers. The meetings are usually robust and elaborate. We also use the radio stations in Oke-Ogun to tell our Fulani people and farmers that we are against any crisis in the place. All that we want is to cooperate to flush out the bad elements.

How would you assess the work that Amotekun is doing in the place?

That is the concern that we have been raising in order to avert any unnecessary crisis. Amotekun has a full-fledged office where they take prosecution statements from people and arrest them. The police are not being allowed to work; they are the ones working.  I called some of their commanders in Iseyin sometime ago and I told them that I heard they were being compromised. I told them to disallow any conflict from erupting considering the manner in which their jobs were being carried out. I enjoined them to arrest any Fulani or Yoruba person caught perpetrating any act of illegality. We have no objections to that. What we need is cooperation to ensure that peace reigns in our region.

But what we hear is that some people are giving a 7-day ultimatum for all Fulani in Oyo State to leave. We don’t want this and that is why we need the government to come to our rescue.

As the leader of the Fulani people in Oke-Ogun, how do you feel about reports that some of your people are causing havoc in Yoruba land?

Of course, we are not happy about it. That is why we are taking these steps to flush out those bad elements. We have our VGN and the VGN has been very active. In fact, it was the vigilance group that ensured the arrest of the kidnappers that we apprehended recently. We went into the forest to arrest them. Our next mission is to go to Ibarapa area to lead another campaign against the kidnappers in that place. Also recently, in Ojoo area, we arrested three people and they are at the State CID currently.

Were those apprehended Fulani?

Yes. The three of them were Fulani people. In fact, one of them had escaped arrest in our previous campaign but we immediately recognised him as an escapee. We caught them when they were sharing money amongst themselves. They were arrested by Miyetti Allah.

Is Miyetti Allah part of you or is it different from the group that you lead?

Miyetti Allah is part of us. It is a group but it is under my authority as the Sarkin Fulani in Oke-Ogun.

The British Parliament at the Westminster Hall held a debate on ‘e-petition 554150, relating to Nigeria and the sanctions regime’ on Monday. The government of the United Kingdom has however responded…Why Alaafin told us  Why Alaafin told us

The surprise visit made on Friday night by the leaders of the ruling All Progressives Congress (APC) to former President Goodluck Jonathan at his residence in Abuja triggered a stir in the major political camps, resulting in at least four possible theories..Why Alaafin told us  Why Alaafin told us