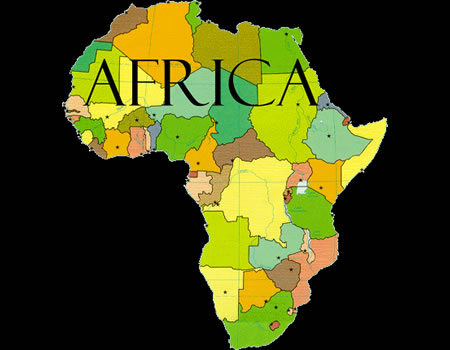 This year marks the five-year anniversary of the adoption of the United Nations’ 2030 Agenda for Sustainable Development Goals (SDGs) by 193 countries of the world. This agenda was set towards serving as the major blueprint to achieve a better world and future for all; addressing global challenges including poverty, inequality, climate change, environmental degradation, peace and justice.

More than ever, 2020 ushered in a decade of ambitious action to deliver the goals by 2030, but COVID-19 seems to have hindered this aspiration, reversing decades of progress.

Prior to the novel COVID-19 pandemic, Africa was lagging behind most of the world in terms of socio-economic development. In fact, the 2019 Africa SDG Index report ranked 52 African Countries based on 97 indicators across all 17 goals. Only Seychelles and Libya were excluded from ranking due to insufficient data coverage. Overall, the average score across all countries is just 52.4, simply indicating that Africa as a whole is barely halfway to achieving the SDGs.

Now, the unprecedented risks and ripple effects of   COVID-19 have moved Africa’s performance further off track the SDGs targets, by disrupting their implementation and progress in Africa by a long shot.

According to the SDGs Centre for Africa Report on COVID-19 impact on SDGs, under a more optimistic scenario of a  five per cent decrease in per capita income, the consequences of COVID-19 could push more than 20.4 million into extreme poverty in 2020 and under a decrease of 10 per cent per capita income the increase in poverty headcount of about 41 million people could be realized. In the worst-case scenario of 20 per cent, 81.9 million people could live in extreme poverty in the region.

As regards SDG4 – Quality Education For All: in Africa, the number of out-of-school children has surprisingly, yet predictably, skyrocketed. Nearly 300 million African children; previously enrolled are out of school due to measures put in place to curb the spread of COVID-19. Although, Africa was largely off track meeting the SDG targets before COVID-19, as revealed in the Africa SDG Index 2019. Addressing the fundamental challenges of access to the internet in Africa is however mandatory as one of the ways to deliver the global goals by 2030.

African countries should prioritize the implementation of SDGs and their post COVID-19 recovery plans should not be aimed at going back to normal, as no normal ever existed. More focus should be on addressing agricultural growth and productivity, as it has so far been proven to be the solution for eradicating poverty and hunger particularly in rural communities. African governments must focus on interventions that can enhance an inclusive education system. For example, school feeding, free school uniforms and provisional textbooks will help reduce the rate of school drop-outs. And most importantly, the government should analyse the current state of their healthcare infrastructures, make meaningful investments to improve access to quality healthcare.

On murder of female lawyer in Owerri

NITDA’s code of practice for online platforms and national security

When will captives of train attack regain freedom?