Who says the Igbo hate Tinubu? 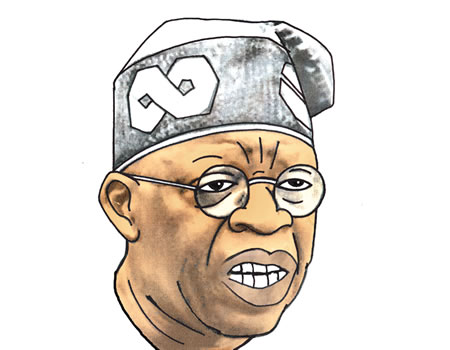 THERE is a popular notion that the Igbo people, collectively, hold some sort of grudge against the National Leader of the All Progressives Congress (APC), Asiwaju Bola Ahmed Tinubu. This conception is almost laughable because it shows a contrived contempt for the intellectual capacity of the average Igbo person and a lack of awareness of their cultural values.  The Igbo are a people of rich heritage belonging to an ancient history. Self-sufficiency has been at the core of their cultural philosophy and traditional upbringing. They are not the type to look to outsiders for solutions to their problems, neither are they quick to pass the blame unto others for their problems; certainly not to persons who have never been responsible for any overt act of marginalisation towards the Igbo people. Why, therefore, would any Igbo person hate a distinguished Yoruba personality like Bola Tinubu in Lagos? Sure, one can make an argument for the Igbo being indifferent towards his person. However, even at that, the man is an entrepreneur and, of course, a powerful politician – characteristics that are far more likely to elicit feelings of admiration rather than contempt from the average Igbo man. But to call him a bigot and a tribalist? No. I am yet to see the evidence.

In fact, if anything, the evidence of his political career suggests a man who favours competence over tribal or religious considerations. The Igbo prize industry and enthrone accomplishment. In the days of yore, before colonisation, Igbo men and women could only earn titles after displaying great feats of personal achievement. A master hunter, for example, known as a Dinta would not be called Ogbuagu (leopard killer) until he defeats a leopard and wears the skin or teeth to prove it. This is the kind of character that the Igbo are made of.  Therefore, considering Tinubu’s achievements in the game of power, the Igbo will not say that a champion wrestler must be without dirt on his entire body to be deserving of his due. After all, Lagos State where Tinubu is assumed to hold the most sway, remains the choice destination for successful Igbo to migrate for business and other pursuits in different areas of human endeavour.  Indeed, one wonders, given the enduring popularity of the state that Tinubu has helped to build, among the Igbo people, whether this narrative of supposed Igbo hatred of the Lagos’ pre-eminent political figure is not just a matter of cheap propaganda, intended only to sow the seed of confusion and distrust.

Sure, the Yoruba and Igbo have had their issues in the past but for how long would we continue to inherit our parents’ trauma in a continuously globalising world? A lot of us are very comfortable living as Igbo in Lagos where the mindset is modern and metropolitan. From a tribal angle, the Igbo still remain apprehensive about Northern rule but I have never met an Igbo person that imagines the threat of Yoruba insurgency is real; or even ascribes to the Yoruba a collective disposition towards domination.  The truth being obscured by the propaganda is this: the Igbo and the Yoruba have much in common; whether in terms of their pre-colonial history or their shared experiences under British colonial rule. Even in contemporary times, Yoruba and Igbo alike well understand the daily struggles of the ordinary Nigerian man or woman, in respect of which tribal affiliation makes little practical difference. One only has to take a brief look through time to see the kind of relationship we have enjoyed as groups. From shared linguistic similarities, to governance systems such as the role of the ‘Oba’; the Igbo and Yoruba, though not without some differences, have generally been cordial and open to cultural exchange.

There are, of course, those who, nevertheless, would stoke the flames of a supposed historical rivalry between the two ethnicb groups. For these people, Tinubu is a convenient Satan, playing the role of villain in their discordant narrative. Some are spineless paid trolls and others closet bigots that simply need an outlet for their bilious invective, lest it consume them from within. However, these folk are outliers, the exceptions, worthy of consideration only to the extent that their noisy extremism helpfully distinguishes them from the far less rowdy, far more thoughtful, majority. What the Igbo want, simply, is a government that provides just enough basic support to spur the exercise of our creative, entrepreneurial and intellectual spirit. We do not blame anyone besides our own regional governments – state and local – for our regional issues. When we are in the West, we respect the traditions and demand only that we are recognised as fellow Nigerians and are not marginalised politically. Last I checked, we are still opening businesses, holding political offices and purchasing land in ‘Tinubu’s Lagos’ – as we have been doing peacefully since 1999. It is time those peddling the anti-Tinubu narrative faced the facts; neither Tinubu, nor his political machine have held the Igbo back in Lagos.

Indeed, since he became governor in 1999, Lagos has been on an upward cultural, social and economic trajectory the likes of which has not been experienced anywhere else in this country. Any Igbo man who takes issue with that kind of progress is, as we say here, on his own.