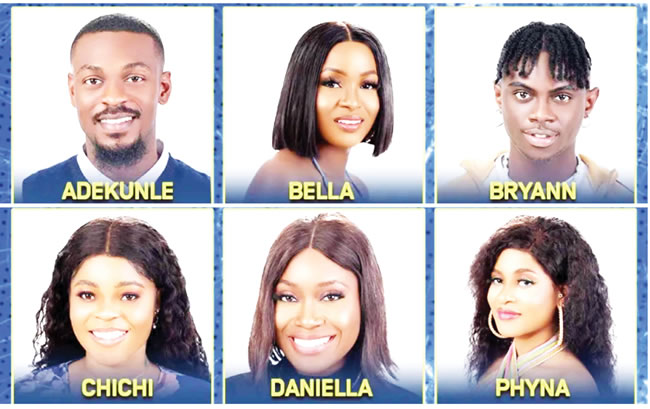 Today, the winner of the Big Brother Naija Level Up season will be determined and the fans of the show have dominated the headlines for the past 10 weeks. This season saw 28 housemates and guests partake in the most anticipated reality show in Africa and have the final six, Adekunle, Bella, Bryann, Chichi, Daniella, and Phyna in a stiff contest for the ultimate N100m prize. Already, their fans have taken to social media to campaign for their preferred housemates with frenzy.

The season was unpredictable with Biggie’s twists and tricks, and fans had a hard time guessing exactly who the winner of the season might be.

In a chat with Sunday Tribune, Samuel Ekop, a banker said, “Even with strong contenders like Phyna, Adekunle, Bella and Bryann, one cannot rule out ChiChi and Daniella as they too have their supporters rooting for their win. Fans’ support for the housemates this season is varied. From romantic relationships to talents and attitudes, they pitched their tents with the housemate who entertained them most”.

And so, tonight, one winner will take home the coveted N100 million prize, including N50 million cash prize and N50 million worth of other prizes from the show’s sponsors.

Also, besides the grand prize, BBNaija housemates had the opportunity to win various games worth millions of naira, cars and foreign trip tickets.

The reality show organised by MultiChoice Nigeria began with a two-part launch weekend before plunging into 72 days of dramatic content. The headline sponsor of Big Brother Naija season seven is Pocket by PiggyVest (formerly Abeg), and the associate sponsor, Flutterwave. The show recorded 40,000 entries this season, surpassing previous editions.

Tinubu in UK for consultation, passionate about Nigeria — APC Chieftain

My sensuous kiss in Big Brother was real —Lolu