When parents come to my house, I cry for their children and mine too —Teacher of abducted Niger pupils 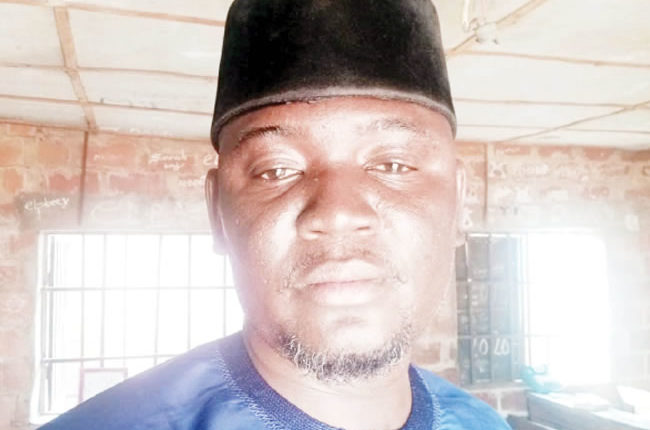 Headmaster of Salihu Tanko Islamiyya School, Tegina, Niger State, where about 148 pupils were abducted recently, Abubakar Garba Alhassan, in this interview with ADELOWO OLADIPO spoke on his dilemma as a teacher and parent to the abductees, among other issues, hoping the children would soon be released.

As the Headmaster of Salihu Tanko Islamiyya School where students were abducted on Sunday 30th May, 2021, what has been your experience and those of your teachers since then?

In fact, I have experienced grief, sadness and so many other things and I consider it as a calamity from God. God has put us into this trial so that we can be patient, and then He will reward and elevate us.

We reliably learnt that your children were also among the abducted pupils. How true is this?

Yes, I have two children among them. One of them is around 10 years old, and the second one is about 7 years old.  Among the other kidnapped children, there are 3-yearolds, four year-olds. There was also one orphan among them. She is five year-old Maryam Ibrahim. Another orphan, Faiza Yahaya, jumped through the window and ran away when the bandits came.

Specifically how many pupils were abducted?

Well, the parents reported 148 persons and that includes teachers of the Islamic school. However, some media reports that three of the abducted children had died is not true. However, I witnessed the funeral ceremony of one of the parents who had died. I was opportune to go there to sympathise with them and to condole with them and to find out if what I was told was true.The other parents whom I learnt had died were not resident in our community here in Tegina.  So, I could not go there because of the nature of the insecurity around here in Anguwan Danlami community where the school is located in Tegina.

How long has the school been in existence?

The school has been in existent for over 18 years and I have been here since then. The person who built it is Alhaji Adamu Idris, a retired Immigration Officer and it is tuition free.  It was initially an Islamic school but later we combined it with western education.

What advice do you have for parents of the abducted children?

Well, I often tell them what I have always told them. Some of them often come to my house to ask about their children but I have had to sympathize with them also. So, if a parent should come to my house and cry, I have to also cry for their children and my own kids too. I am the principal, and I was the teacher of some of the parents too. So, I have become a father and grandfather of those children. In fact, if you could have access to the abducted kids and asked them that between your parents and Malam Yaro, (that is me) whose voice would you like to hear? They will tell you that they want to hear my voice.

Can you still recall how the abduction of the students and staff took place?

Well, the kidnap took place on Sunday, 30th May, 2021 at about 3:00 pm when I was coming from home to the school. I was about to cross the main road when I saw some unknown people on motorcycles, shooting sporadically. So, I had to run the way the other people ran and I hid somewhere. Thereafter I ran to the Police Station to report. Luckily for me I saw the officer in charge hanging his AK 47 rifle on his shoulder. So, I was happy thinking I was safe, but when the gunmen shot into the air, the policeman just ran and I followed him. So we ran together towards the same direction. He was even trying to cock his rifle and prepared to shoot and I advised him not to do that because if the gunmen noticed him, they may come after him.

How do you feel about the failure of the Federal and Niger State governments to visit your school since the abduction?

Well the Executive Chairman Rafi Local Government Council, Alhaji Musa Modibo had paid us a condolence visit and he sympathised with us at the Village Head’s palace here in Tegina. According to him during the visit, the state government sent him to condole with us and to tell us that the governments were trying their best to see that the kids are back safely to us. And we believed him because we know what he has been doing in terms of security of life and property in the local government before now.

Is it true that the bandits increased the ransom for the release of the school children from N110 millions to N200 million when you could not meet the deadline for the payment of the money recently?

Yes, that is true. And later on they still raised it to N200 million. But later on I begged them and they slashed it down to N150million which is the current price they are asking from us. However, we have been appealing to patriotic citizens, sympathizers and well-meaning people to come to our aid and Nigerians have been trying to help from all over the country. A Yoruba woman sent money from Lagos with tears and crying and so much sympathy. I don’t know where she got my telephone number from. She cried and cried over the incident. She said ‘we are doing it for humanity’ and I respect her for that. Though the bandits did not give me ultimatum again but they said I should just tell them that they are getting something from their demand.

How are we sure the little girls will not be sexually abused?

No, the bandits will not abuse them because we believe the children are in safe hands. Their wish is to get money, not to abuse the little girls. They will not because I have been talking to one of the bandits and even all of the teachers and our pupils in the captivity of the bandits, and they are happy they heard my voice.

Again, no Hajj for Nigerians, others, as Saudi bars foreign pilgrims