When campaign starts, we will speak on Makinde’s government —Lam-Adesina 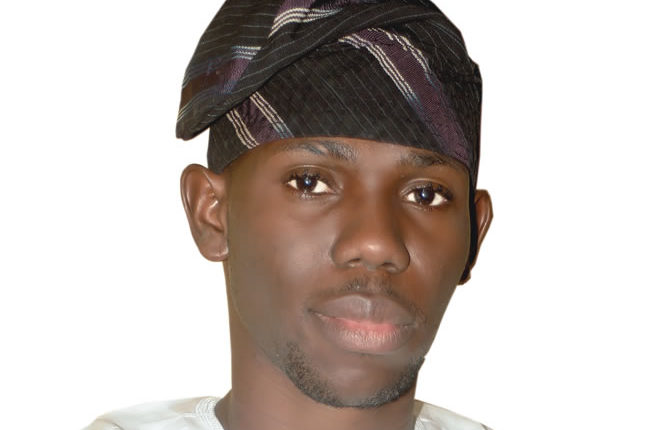 Honourable Adedapo Lam Adesina, is seeking a return to the House of Representatives, as member representing Ibadan North East/South East Federal Constituency. In this interview, he speaks on the 2023 presidential election, his ambition, involvement of youths in politics and other issues others.

Why are you seeking a return to the House of Representatives?

It is just about the desire to reignite quality and impactful representation coupled with the conviction that my constituency deserves better representation. I believe that I have what it takes to give appropriate representation to the federal constituency in question. This is a terrain that needs proper learning. When you go to the National Assembly as is presently constituted, you probably need a bit of time to learn the ropes. You may not have access to some of these committees that can be of benefit to the people of your constitutency. There is this dichotomy between a first-time member and a returning  member., as they say My conviction is that going back will bring about more development, I will be able to facilitate projects and get involved in national issues. The 10th Assembly, I believe, needs a lot of vibrant lawmakers because the country is at crossroads. We obviously need people who will not be bench warmers to represent constituencies.

Every politics is local. As we speak, do you think APC has what it takes to defeat the current Peoples Democratic Party (PDP) administration in Oyo State?

Time will tell and I believe that when electioneering campaign finally starts, people will begin to speak about policies and programmes of the current government and identify where they have erred, where they have failed the people and where they have not done so well. No matter how well one does, the truth is that there is always a better way of getting more results. We believe that when campaign starts, there are things that have not happened in the last three and half years and there are things that have not been properly handled. My take is that when campaign starts, we need to enlighten the good people of Oyo State on why they need the progressives to come back to run Oyo State.

Do you think the perforamnce of the President Muhammadu Buhari-led administration is a good basis for your party and its candidates to campaign in the 2023 election?

Without being economical with the truth, we would all agree that all over the world, there is a lot of economic challenges. It is not peculiar to Nigeria, I have always been saying that Rome was not built in a day,. But, you can say that our party is doing fantastically well in infrastructure. In terms of security, you will know that a lot has not happened in that sector. Having said that, I believe it is a challenge that would be tackled by the next administration.

You are one of the young people rooting for the presidential ambition of Senator Bola Tinubu, yet there is this agitation against gerontocracy

I have never been a fan of people analysing politicians or individuals based on their age, gender, ethnic and religion they practice. To me, performance and leadership have to do with their antecedents and what the generality of people can benefit from their leadership. For example, one of the best democracies in the world we like to copy, which is the United States of America is being governed by Joe Biden, who is old. He is as old as anybody can think. What is important is for the system to work. If I have a system that works, no matter who comes there, that person will have no choice than to perform very well. When you also look at Senator Bola Tinubu’s performance and antecedents, compared to others, you will realise that he is somebody that should be given a chance at this critical time when the nation is at crossroads. Now, we need someone who can bring a formidable team and best brains to turnaround our situation. Nigeria cannot become an Eldorado in a day or the Mecca that we all want it to be. We need a leader, who has the foresight and antecedents of getting results. Senator Bola Tinubu has done it over and over again.

Don’t you think the soaring image of Peter Obi is a threat to Tinubu’s ambition?

It is very good development and I love it. It is a development that would make all politicians to sit up and know that Nigerians are waking up. These are some of the things we were clamouring for when we joined politics in 2009. Nigerians should wake up; the fact that we allowed certain set of people to determine our future is why we are where we are today. I love it and that is the beauty of democracy. I want the political class to be challenged and engaged so that they will know that power is not going to be served a la carte. As I said, I really love it but I will like to stand by Tinubu because when you compare his antecedents, you know that he stands tall among others.

In the last three to four years, how will you assess the representation in Ibadan North East and South East Federal Constituency, most especially the current lawmaker representing the constituency

I cannot assess him because I am a candidate in the coming election and my brother, who is there now is also a candidate. The good thing about this election is that the people of our constituency would assess us and the three of us contesting for this seat from the leading political parties have been in the House of Representatives before. This election is like a referendum on all of us.

Nobody can defeat Atiku in the North —Oladipo

Adeleke is being underrated, but he will shock Osun people with good governance —Wole…

Until we amend constitution, we cannot achieve much —Sharafadeel Alli, Oyo South APC…