Latest NewsTop News
By Wale Akinselure On May 18, 2020 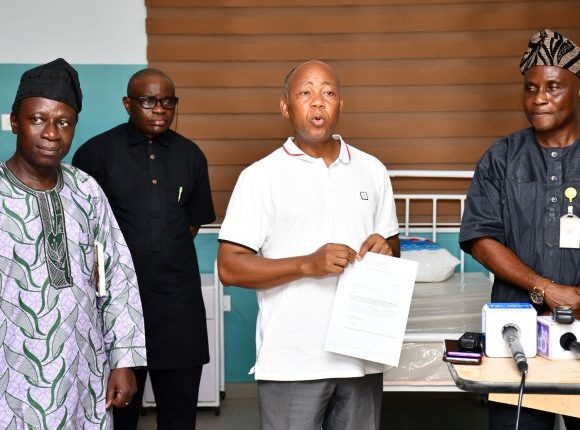 Professor Alonge, who is also the Coordinator of the state isolation centres, disclosed this at the Government House, Ibadan, during the press briefing by the state governor, Mr Seyi Makinde.

“At the treatment centre at Olodo, on admission, the patients who are predominantly adults have a three-day course of Azithromycin, Hydroxychloroquine twice a day, we then complement this with Vitamin C and supplement Zinc twice a day.

“This is in addition to the excellent nutrition that they get all the time and now, some of them complained that they had put on weight while they were at isolation centre.

According to Alonge, the treatment protocol is responsible for continued discharge of patients with 25 persons discharged so far.