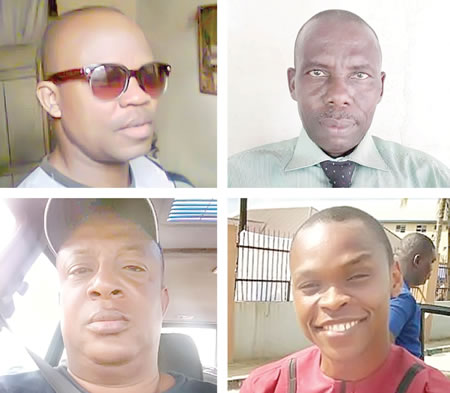 A cross section of Nigerians on Facebook made comments on 21 years of democracy on the country. Excerpts:

A Facebook user identified as UzeziOloge said, “I do not believe democracy is our problem. The problem here is essentially the crop of leaders at the helm of our democracy. They have successfully usurped the role of the citizens, hijacked the democratic process and corrupted it to serve private ends. This has fuelled and widened the disconnection between our supposed rulers and the ruled.

The user observed that, “Nowhere is this disconnection more obvious than in the area of political participation, specifically, voter turnout which is generally accepted as the most common and most critical form of political participation in a democracy. In Nigeria’s first national election held in 1959, turnout was impressive at around 79% as over 7 million of the 9 million people who registered to vote, voted.

“Since then, aside the spike in 2003 and 2007 which many have attributed to malpractices, including vote padding, the trend has been one of decline. The 2019 general election has been the absolute worst with turnout for the presidential election clocking in at 35% even as INEC statistics put the number of registered voters close to 84 million, the highest ever in Nigeria’s electoral history.

“True, it is not at once clear whether poor voter turnout is a sign of political disease or political good health/citizen satisfaction with the system. However, this uncertainty applies only to consolidated democracies where governments are arguably responsible. Certainly in Nigeria’s case, academic findings point to the widening gap between demands for good governance and supply.

“Our leaders have successfully alienated Nigerian citizens from the dividends of democracy. From dwindling economic prospects to perverted and oppressive institutions to broken down health facilities, decaying power infrastructure, crumbling educational system, rising levels of ignorance, poverty and insecurity, as well as unchecked corruption, it would be safe to say Nigeria is definitely worse off. But the problem is not democracy or Nigeria itself. The problem is the people.”

Another user identified as Emma O. Akpasubi said, “Nigeria has been experimenting on its existence over the years, a situation that eventually ushered in the democratic experience in 1999. One striking thing about this experiment is that its actors have not been doing it with the intention of making the nation better. What has been of uppermost interest is themselves and their associates, kinsmen or friends. The same mentality has been dictating affairs since 1999. In the last twenty-one years of democracy therefore, the difference has not been significant, given the resources that should be managed for the good of all.

“Critical infrastructure has not improved. We are all witnesses of the level of decay on our roads, schools, hospitals and others. Unemployment has been more massive with little improvement recorded in railway infrastructure. Human rights records have not been better. Concerned authorities have been reluctant respecting peoples’ rights. Right from 1999, they present a semblance of respect for rights under pressure.

Olajide Babalola, in his own submission, said, “We haven’t got it right since 1999 as what we are battling with are greedy leaders and self-centered mentality in all their policies. All these and many more are clog in balance wheels of progress for our fledging democracy. In a nutshell, leadership has deprived us of seeing any positive impacts of democracy such as basic amenities or employment as none of this can be found since inception of democracy because of bad leadership, coupled with tribalism, jingoism, nepotism to mention but a few.

Another user, Ralph Juava observed that, “The Nigerian government has failed woefully in the area of infrastructure. Starting from 1999 when Obasanjo was brought out from prison to become the president of this nation, he failed. Yar’Adua would have done well but he died without completing his food mission. Jonathan was careless while nothing good or tangible was executed by his administration. Now it’s Buhari. For five years, they have not done anything in this country. They have instead left us in huge debts and hardship. President Buhari has not been listening to the masses. Nigeria is in a great mess and all we need right now is a revolution.

Similarly, Kehinde Osineye said, “APC destroyed the democratic process in the last general election. There were widespread violence and killings. There’s no freedom of speech, protection of human rights and transparency in their government. In short, Nigerian democracy is a scam!”

Corroborating Osineye, Wiseman Ifeanyi said, “There is nothing like democracy in this country because politicians are doing whatever pleases them. I believe that this is not how to practise democracy which is supposed to be the government of the people, for the people and by the people. Nigerian democracy is for the top government officials and powerful politicians.

In contrast, Babatunde Ogunlola said, “Some say there is no transparency under APC’s spending of public fund. Was there transparency during PDP’s reign. Violence in election was declared by an ex-PDP president who declared election to be a do-or-die affair.”

Buttressing Ogunlola’s viewpoint, Moore Michael said, “So far, Nigeria’s democracy has not been that bad as people assume, though there are lots of areas that need to be corrected if we care; but the problem is, who cares? Politically, the dominance of one ethnic group has not been helpful. On infrastructure, our leaders have failed woefully. Economically, we have not been consistent and over-reliance on crude oil has been the problem. Security is another area that demands urgent attention but our type of politics does not see any reason to expedite action on the lives and properties of our people. I guess if we care enough, Nigeria would be a better place to live.”

Anagbogu Nicholas said, “People succeed as a group only when they agree to work together. At present, the entity called Nigeria has no foundation, no structure, no plan and no identity, hence it is floating.”

Adding, Adebayo Olagbami observed that, “The social contract between the Nigerian state and its citizens has been broken. Governments in Nigeria are not accountable to the citizens. There is no equity and fairness in the Nigerian polity. Do the Nigerian state care about its citizens? Definitely not! Corruption, stealing, nepotism, tribalism are the order of the day. We are not united at all. Leaders don’t lead by example. A lot of our laws are not made in fairness to the majority. Religious bigotry is the order of the day. Indiscipline exists in all facets of our lives. Can we carry on like this? Why should we.