What we expect Buhari to speak on —Reps media committee chair 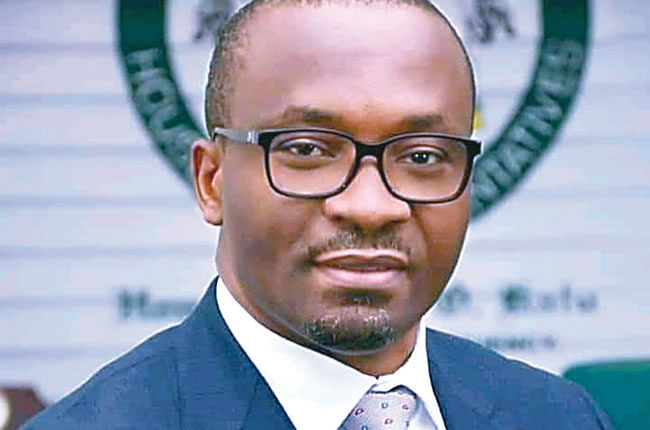 To what extent are the standing committees in the House keeping faith with the time line for the submission of 2021 budget of various Ministries, Departments and Agencies (MDAs)?

Regarding the budget, the committees have worked very hard in making sure they tidy-up their reports; maybe a few will round up in one or two days. But the target we set for ourselves to make sure that we turn in the reports Wednesday of last week worked. The members were able to round-up some of the targets they set for themselves as committees and the ones set by the leadership of the House. Having said that, the quality of the work we are doing was not compromised by the speed to which we’re handling, in order to meet up with the reversed calendar of January to December. Now that the reports have come from the committee levels to the appropriation committee, it is not yet before the House as a whole. This is part of the process of lawmaking. Like I have always said, a budget is an act of Parliament just like other Acts of Parliament. Once the proposal is laid, it goes through the normal whole nine yards for it to become a law. So, the committee will now move it to a central committee of appropriation to fine tune the rough edges and then public hearing and all the rest of them will kick in. We’re still putting our eyes on the ball and this is to make sure that before the end of this month, it will be done, so that from the beginning of next month which is January, we are going to have budget in place. There’s also going to be public hearing where the public will make inputs as regards the areas they feel have not been done well.

Inasmuch as budget is supposed to be an open session, most of the committees conducted theirs in secrecy. When issues are raised during sessions, members of the committees will quickly call for an executive session. When they come out of that session, they will tell you everything has been harmonised behind closed doors.

In the past, as alluded by the Speaker of the House, Honorable Femi Gbajabiamila, key revenue generating agencies failed to make public their budget. What is the fear of the House to use its powers?

Also on the issue of unspent funds, we have not done anything about unspent funds throughout the entire exercise. Also on the service wide votes, it has never in this National Assembly happened that the Executive give accounts of it. On the issue of executive session, I’m surprised hearing this because at the beginning of the budget sessions of the House, I was here and my first interaction with you, you raised a complaint that you were not given access to budget defense rooms. I promised that we’re going to send words out to committee chairmen to give you access, not limited access to the committee rooms as long as the COVID-19 protocols were obeyed and I think we will be able to achieve that. I have visited some committees’ hearings and I saw a handful of you there. I’m surprised to hear that executive sessions were called in at the point of performance report presentation. It’s strange to me. We benchmark the 2021 budget on the performance of the 2020 budget and most questions are asked based on the 2020 performance to know whether you deserve the 2021 budget that you’re asking for or why you are asking much when you’re supposed to ask less or why that money was not spent and you’re coming to ask more. So, it’s strange for the reporters not to be there when the meat of the whole session is being carried out. It’s strange to me and I will investigate more; nobody authorised that, the leadership didn’t authorise that.

Recently, the House passed a resolution compelling more than 50 erring MDAs to present their annual budgets, but only NNPC laid its budget for the first time in 43 years. So, what is different from the old practice?

On the issue of CBN, for the first time, NNPC came and presented their budget openly and that needs to show you the commitment of the 9th Assembly. We believe that certain things are not achieved just by flexing of muscles and boxing each other, several Assemblies did that but we went by reasoning and I was part of the team that worked hard to ensure that the NNPC showed a transparent account to the public. I’m happy the Managing Director came himself and he sat there to take questions. Now on CBN and FIRS, on the need for them to be more transparent is true. As a people’s Parliament, we’re on the side of the people. If the people want to get details as tax payers of what is being done with their fund, I think it’s the right call and the feedback I’m taking from this is that we are going to speak to chairman of banking and currency, to look into this. For FIRS, I’m sure chairman of finance will also look into that. If we have missed it in this budget, maybe they’ve presented their report. I am sure, in the coming budget, it’s going to be looked at. It’s a promise.

The House took a resolution inviting and summoning the President to appear before it….

In discussing resolutions, inviting Mr President is not the only thing that was discussed at the plenary. What was discussed also included asking Buhari to declare a state of emergency on security and to me that’s more important. It’s more important concerning what we intend to achieve. We want to give Mr President that leeway to be able to use other sources and mechanisms to solve the security problem of this country. For example, unless there’s a declaration of state of emergency on security, Mr President’s hand will be tied to do what the former President Goodluck Jonathan did, which was asking for external help and bringing in external help, the mercenaries and the rest of them to make sure we fought to clear the issue of security. The Constitution will not allow Mr President to act in this direction and that was why through legislative intervention, to tell you that resolutions are not dramas, they are the open doors. That invites the executive to formulate policies and take positions that would help them achieve the desires of Nigerians. Nigerians should be proud that we’ve tied our resolutions with those of the Northern Governors who have asked that a state of emergency be declared on security and those are the wishes of most of the Northern state governors. The invitation that the House gave to Mr President is not as important as the declaration of a state of emergency, which will help the nation to achieve what they want to achieve. Is it in order to invite Mr President? The answer is ‘Yes’.

We are on the side of the people. If the people are saying that the President should answer to the Parliament, that call is in order. The President has been invited so many times but he was invited by those who were in warfare with him. Remember the people who invited the President before were the ones who held his budget for six months and then you invite him and expect him to come? You want him to answer questions on issues he is supposed to use the money that you’re supposed to appropriate, when you’re holding the money and you’re inviting him? But this Assembly has not held the budget of Mr President. We have given Mr President his budget in good time. We are looking at solutions if he visits us and we interact with him, the question you will ask me is after the visit of Mr President, what next? Okay, he walks through the door and we interact with him. Has that stopped the killings in the North? No. Beyond the coming of Mr President, what we’re saying today is that the House has equipped Mr President with the mandate to declare a state of emergency on security.

Diego Maradona: Exit of a phenomenon

2023 elections and the Electoral Act

Saraki Committee: The final push to save PDP