‘What to expect from Nigeria’s first waste-to-energy facility’ 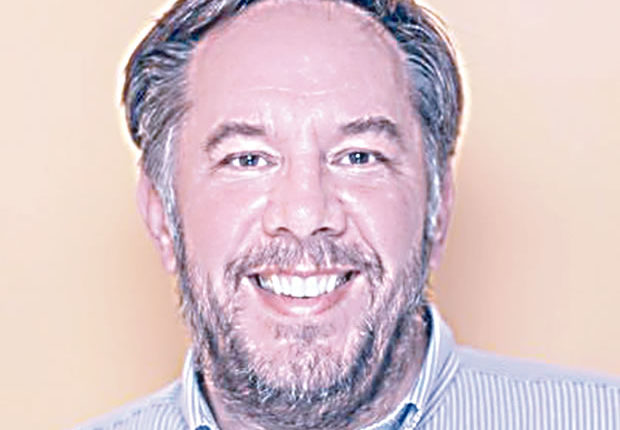 About the site visit

Today was a site visit by the Commissioner for Environment and Water Resources of Lagos State. We made a proposal to them for a Waste-to-Energy facility in Lagos. So part of that proposal was that they would come to see how our business is going and have discussions. The British High Commission was here as well to show their support for us and for our proposal. It was really an opportunity to have a working visit to our factory here in Igando to see what we are doing and to discuss the next steps with waste management.

We partnered with the Chinese National Electrical Engineering Company (CNEEC) to build waste-to-energy facilities in West Africa. We have financial terms agreed and commercial terms will be agreed in next few months. We are a British company which is why there is interest from the British government.  We have been negotiating with the Lagos government for some months about building a 25 megawatt facility around Olusosun at Ojota.

How much is involved?

The capital investment will be approximately $120-$150 million, depending on final design and location. That’s coming from a mixture of equity and debt financing. This money will be for the construction of the facility. We will be processing 2,000-2,500 tonnes of waste a day. Olusosun is the largest open dump site in Sub Saharan Africa, it will be closed to open dumping. We will reengineer the disposal site into a proper waste management facility where the waste will come in and valuable parts like plastic, paper, metals and so on will be extracted. The remainder will then go for incineration, and that will generate the electricity. It is a standard model called a moving grate system for incineration. The waste is put on a grate which gets heated up and burns the waste. It reaches over 1,000 Celsius. This will heat water, the water generates steam. That steam is put under pressure and it drives the turbines to generate electricity. The facility will be on about 14 acres of land. We want it to be an iconic building given its location. The rest of Olusosun that we don’t use will be converted to a public park. We will need to landscape it. Unfortunately, for the next 200 to 300 years, you can’t build on it.

How soon will this kick off?

I believe they were pleased with the site visit today and the progress we have made in Lagos and with the landfill diversion that we are doing. Ministry of Environment and Water Resources and LAMWA are key drivers for this project, and together we will ensure it is successful. We will take them on a site visit where they can see an exact facility working. Subject to that and commercial terms being agreed we hope to break ground by June. Construction and commissioning will take 22 to 24 months. We are targeting two years for completion.

What is unique about this facility?

It is the first one in West Africa. It will be the largest one in Sub-Saharan Africa. The only other one that exists is in Ethiopia. They had some challenges to begin with but they have been able to sort them out now and it is working well. I was there last February. It was originally designed to do 50MW but they do 25 MW now. But they do not do any waste sorting at all, and we will. What’s unique about us is waste sorting; it will be the closure of the largest open dumpsite in SubSaharan Africa, and preventing all the hazardous Green House Gas emissions that come with open dumping. Direct employment with an MRF facility attached to it will be over a thousand people; indirect will be quite large too. We are talking to LAWMA about making some areas of Olusosun a recycling hub. We can have recyclers working there. The power from the waste to energy facility will be used to facilitate their energy demand, so there’s a proper ecosystem.

The British High Commission were here as I said we are a British company. As we know the UK is hosting COP26 in November of this year.  One of the key parts to that is no plastics in waterways, landfill diversion. The President of COP26 was to be here but couldn’t for one reason or the other. The British High Commission were here and they are going to report back to him and the UK government what we are doing. In terms of investment, we are hoping for more investors to come in. The British government has a commercial arm and we are happy to talk to them. We are talking FDI in the region of $150 million, the largest private investment in solid waste in Nigeria, if not West Africa.

Is this kind of project for Lagos only?

It’s always a risk. Lagos had a policy somersault under the last administration which made things suffer. We know from our experience in Oyo State when a new government comes in and things change very quickly needlessly. I think we have learnt our lessons to some extent. So we know how to legally make some mitigation around those things.  That will come down to commercial negotiation. The way we see it is: Lagos has had a consistent government for the last 20 years. Waste has always been a problem in Lagos. Wasting land for open dumpsites is not economically viable anymore. Lagos needs an alternative for waste disposal. Waste-to-energy is essentially a zero waste solution. The ash that comes out can be used for road construction, mixed with limestone for cement manufacturing or to make blocks. It can be a zero-waste solution!

When we talk about waste-to-energy initially one is concerned about the emissions. So, our facility is built to UK Waste Incineration Directive standards and measured real time. We are very strict about those standards. The last thing we want to do is to replace one environmental hazard with another one. It does not work that way.

Who are the off-takers for the electricity generated?

Because of the location, the offtaker will be commercial companies in the vicinity of Ojota, via the DISCO or point-to-point power. Those will come under the commercial negotiations. We ourselves will use about half a megawatt in the facility. If we have a recycling hub there, it will take another half megawatt. So we are looking at disposing 24 MW. Ojota has a huge industrial complex behind it. What we know is that 70 per cent of those companies are at least 90 per cent dependent on diesel generators. So if we can guarantee them 24 hours of electricity at a stable current, and we can certainly beat the price of running those generators, then we take all the hassle of maintaining a diesel generator out of the equation. So companies can do more production, pay more salaries, more tax comes to the Lagos State government. Power is an enabler for the economy.

Where is the waste coming from?

PSPs that currently dump at Olusosun will be the ones coming there. That’s around 400 trucks a day. I personally think we can manage more than that. We can take waste from IyanaIpaja, all the way through Simpson, Ikeja to Dolphin Estate.

The governor’s manifesto when he came in was T.H.E.M.E.S.  What we are doing fits into that quite well. The quicker the PSPs can turnaround, the quicker they can collect the garbage. The quicker they collect the garbage, the streets will be cleaner. If they can keep the maintenance on their trucks, then they will invest in better trucks and so.  It has what we call a ‘dragging effect’ for the rest of the industry. If you improve one area of infrastructure,  the rest should be dragged up to that standard.

It’s only 25MW. My initial impression is that Lagos can do with another three or four around the state for there to be no dumping in the state. There’s enough waste for everybody.

We have got first mover advantage because we are up and running in the state. But I know for a fact that there is enough waste for many more companies to come in.

Our technology is a proven technology. There are other technologies out there, but this is the one we have chosen to go with for West Africa.

Of NASS clerk and providential fervour