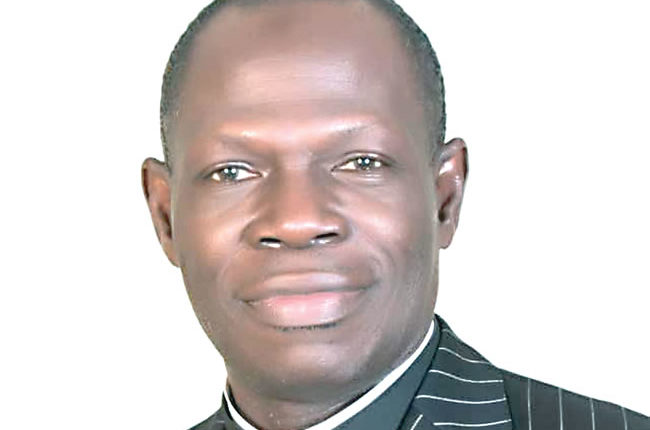 Barely days after the profile of the new President of Christ Apostolic Church was published in Sunday Tribune, many people have inundated the Church’s Director of Publicity with calls from enthusiastic members of the church and the general public wanting to know why Prophet Babajide said Pastor Samuel Oladele is greater than the Samuel of old.

The church’s media team had to go back to Pastor Oladele to find out details and for him to throw more light on the statement. In the short interview that followed, Pastor Oladele said Prophet Babajide didn’t say he was greater than Samuel. What he said in Yoruba was Lotito o keresiipe, sugbon o ju Samuel lo, meaning  “you are indeed young for ministerial call, yet older than the biblical Samuel.”

The interpretation the writer gave the word “ju” is what caused confusion. Papa Babajide meant that in age, Pastor Oladele was even older than Samuel by the time he heeded the call into the ministry, not that he was greater in status than Prophet Samuel.

On what led to that statement, Pastor Oladele explained that in 1974 after graduating from the CAC Bible College in Akure, he accompanied Late Pastor Joseph Oyebamji to the CAC Pastors’ Conference which took place at Agege, in Lagos that year. Obviously Prophet Babajide, the Second General Evangelist of CAC had been informed of a young man who had just graduated from CAC Bible College and who was versatile in playing the organ. On the basis of that information, Prophet Babajide had also requested to see the young man.

At the Pastors’ conference in Agege, young Brother Oladele was informed that Prophet Babajide wanted to see him. He promptly, out of curiosity, went to meet Papa Babajide in his room and introduced himself after greeting him: “I learnt you wanted to see me sir”.

The Prophet answered: “are you the organist they are talking about who has just graduated from the Bible College?” I replied in the affirmative. He then said: Lotito o keresiipe, sugbon otunju Samuel lo, meaning “you are indeed, young for ministerial call, yet older than the biblical Samuel”. Recall that Samuel was dedicated to the service of God immediately he was weaned from his mother. Prophet Babajide then added: “We are going to post you to CAC Oke Imesi where you will be the organist and the teacher/minister in charge”.

I thanked him profusely but politely declined the offer. As a young minister, I was trying to run away from teaching. My desire was to go into the field of evangelism with Pastor Oyebamji with whom I had travelled for evangelism to some parts of the North. But in the course of doing that, the then General Superintendent of the Church, Pastor J.A. Medaiyese saw me in the North and told the people that the young man following Pastor Oyebamji had been posted to go and teach in the school from where he graduated. His continuous absence from the school is disobedience.

At that stage I decided to go and pray to seek the face of the Lord what He wanted me to do. I, therefore, left the north. On my way, I decided to see a prophet friend at Ogbomosho. We prayed together all through the night, but there was no vision or prophecy. In the morning as I prepared to continue my journey, a brother who was a member of the Light of the World Society came and my friend prayed for him. After the prayer the brother turned to me and said: “thus says the Lord: you are to go and teach in the school where you graduated”. I was wondering how a brother who was not with us as we agonised in prayer through the night was the one whom God used to tell us God’s directive to me. That’s how the matter was settled and I left for Akure to assume duty as a lecturer at the CAC Bible College. This afforded me the opportunity of teaching many of our great men of God in the Church”