What might happen at S’Court in Makinde, Adelabu matter —Olatunbosun

Professor Adeniyi Olatunbosun, is a professor of Law and Dean, Faculty of Law, University of Ibadan. He gives his understanding of the court judgment on the appeal filed by the candidate of the All Progressives Congress (APC) against the verdict in favour of Governor Seyi Makinde, the standard bearer of the Peoples Democratic Party (PDP) in the last general election. FEMI OGUNTAYO brings part of the interview. 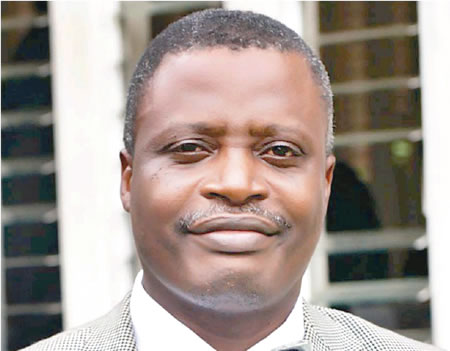 WHAT is your understanding of the Court of Appeal judgment that is generating a lot of public discourse weeks after it was delivered concerning the last governorship election in Oyo State?

People should not quote out of context because the judgment did not nullify the election of Seyi Makinde. The judgment was to the effect that Bayo Adelabu complained about the way and manner in which the tribunal conducted the trial and he was not allowed to present his case as he would have loved to present it and as such is a deprivation of his right under the context of Nigerian law..The Court of Appeal was of the view that every litigant is entitled to be accorded fair hearing within the rules and procedures of the court. They now went further to say that, because those things were not complied with, they cannot go into details because time was not of the essence. That is effusion of time under the law.

But the Appeal Court claimed Adelabu was not given a fair hearing? Or do you have a contrary view and why?

The Electoral Act has stipulated the window period which any court proceeding must be entertained. The judgment is a declarative form of judgment which does not confer any type of ‘release’ so to say, to the petitioner. So, it also serves as a pointer to future democracy and judicial system so that in subsequent years to come, the tribunal that will be sitting will also need to accommodate litigants in giving them the opportunity to present their cases. Then, they would have allowed them to do so within the confines and not shut them out of court proceedings. The essence is to ensure that the rule of law and the concept that the purpose of separation of power, as well as fair hearing concept are actually honoured and obeyed.

What will you say are the chances of both parties at the Supreme Court?

We cannot make predictions on what the Supreme Court is going to say, but I think that as the apex court, it must look at it and see what could be the consequences of this. The Supreme Court can even go further to say that assuming Adelabu was given fair hearing and the chance to present those cases, would he have in one way or the other overturned the position? If not, the status quo still remains. More so, election is a generic proceeding which is special in its own nature.

Because if you say you are the one that won the election, there must be mathematical presentation and evidences to show actually that you had the highest number of votes in that wise. From all the local government areas, I think the sitting governor had the highest number of votes in almost 25 out of 33 that we have. So, except there are evidences to prove the contrary, I do not think the judgment can actually upturn what we have presently.

Tin Can Customs rake in N30bn in 3 months