What measure should govt, parents take to fight rape, abuse of the girl-child? 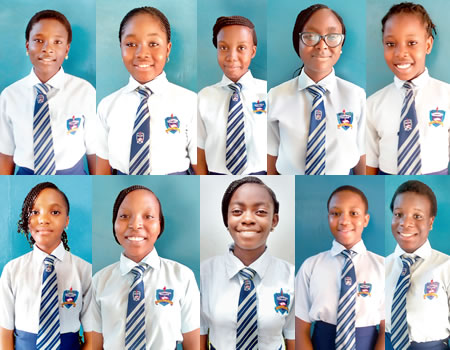 Unfortunately, most offenders are close to the victims like uncles, cousins; and even fathers are guilty. Government should organise intense public enlightenment programmes as a tool in the changing behavior, beliefs and value system of  the  people. The Federal Government should also make a law against crimes and should be followed by punishment which must be adhered to by the state and local governments. Parents should shield their female children from abuses and also report suspicions to appropriate authorities for proper action.

Rape is a fast-rising crime and most victims die untimely due to depression, process of abortion or neglect from parents. Parents should avoid night errands for their girls as a safety measure. Every girl child should be defended. Let us all say no to female child abuse. Government at all levels should put up programmes that would eradicate this.

Violence against the female child occurs in homes, schools, neighbourhoods and other places where children should ordinarily feel safe. Parents should try and undertand their children and know their behaviours at different ages. Likewise, they should be reasonable in dealing with a child when she falls short of expectations. Parents should make homes a violence-free zone. They should turn off violent and sexually motivating  TV shows which could cause young boy and girl child engage in sexual activities at a tender age. On the part of government, there should be support, coordination and implementation of social norms, change strategy to end violence against children, including female genital mutilation.

Every girl-child deserves a maximum attention to ensure she is safe from every form of threat to living peacefully. As a girl-child I demand that parents keep close watch on their wards, especially the girl child to ensure she is properly dressed and have good morals. On the part of the government, I ask that the girls should have seminars occasionally in their schools or communities on topics like “How a girl should interact with a boy, etc” The government is obligated to take measures to safeguard the girl-child in the society. A girl child deserves the best attention from both parents, and the government.

Rape is a serious and punishable crime under the but it is saddening that the those at the helm of affairs  are not concerned about the welfare of victims of rape and others that have been entrusted into their care. Most parents abuse the girl child who falls victim because they believe that she is wayward  and also not aware of their rights. The solution to this problem is to make citizens aware of her rights and also intervene in any form of abuse against girls by meting out appropriate punishment to every offender. A girl is an active learner who believes she can make a difference in her world by bringing about a positive change.

Abuse of the girl-child has become a menace in our immediate communities extending to larger societies.  The solutions are as follows:  government at all levels should reduce the rate of unemployment in communities because an idle hand is the devil’s workshop. Also, there should be capital punishment for offenders and this would be effective if there are no ‘sacred cows.’ Furthermore, parents should shield their children from strangers; so far, there have been undue exposure of children to neighbours, friends, relative, nannies etc all in the name of going to work. Please, this has to reduce. Lastly, parents should please earn the trust of their children by giving them listening ears even when it seems it doesn’t make sense.  Tell them you love them so that they don’t get the perverted way of love. Shower them with gifts and kind words so that they don’t get proof  from some uncles. With these in mind, there will be drastic reduction in rape.

Parents and guardians should be involved in their children’s everyday life by being available for them. They should be informed about 80 per cent of their daily activities and it would be a plus if their friends are known. Parents should scrutinize and choose caregivers, gate keepers, housekeepers, etc  carefully. A girl-child should also be told that the above mentioned should not be trusted. Parents should encourage their children to speak up in case of any threat to their lives. Wards should be told of their boundaries with the opposite sex and also give pre-assault self-defence training.

The education and enlightenment of the girl-child have proved to have a positive effect on the social-economic and social-cultural status of women in the society. Therefore, government should encourage girl child education and discourage roaming the street.

So many cases of abuse against the girl-child are not reported because of fear of stigmatisation while some are due to ignorance but I believe that when the government does justice to offenders, people would desist from sexual violence. The rights of women should be made public and prevented from being infringed upon. Also, addressing the problem of abuse begins with putting our cultural values and norms in proper perspective.

I would like to make it known that not only parents and government have roles to play in preventing abuses of the girl-child but the society at large. However, one of the major ways by which government can help is the implementation of policies on the education of the girl-child. A powerful public education message must be transmitted to the general  public, admonishing the society to recognise that the girl-child abuse is everybody’s problem and its prevention, everybody’s responsibility. The goal of  such public enlightenment is to eliminate any tolerance for sexual abuse and forster appropriate and healthy relationship among adults and children. Another measure I would like government to take is training of parents on what to do when the girl-child discloses sexual abuse. Parents should educate their girl- child on the risk of abuses for them.

Though, much has been done to curb the menace rape and abuse of the girl-child yet, there should be a public awareness about the consequences of this act. Secondly, government should enforce strict laws to punish offenders. Thirdly, parents should educate their children on sex. Government and parents should be security conscious and keep the interest of the girl-child as a priority. By so doing, our society will be free from this act.

She drank 2 cartons of beer daily, spent the night with her lover on the pretext of attending vigil —Husband

How did you celebrate Easter in spite of the lockdown?

Why do you prefer a boarding school?