What is your take on the proposed 7.5 per cent VAT by the federal government? 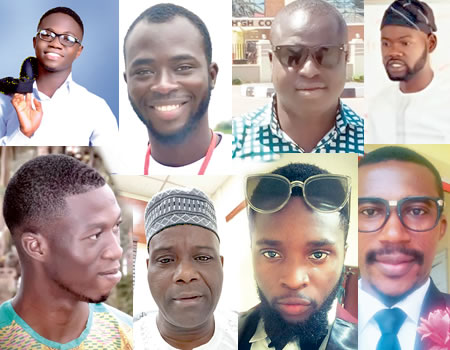 The recent proposed increase of Value Added Tax (VAT) from 5.0 to 7.5 per cent by the federal government has generated a lot of reactions both from professional and common Nigerians. According to the FG, the reason for the increase, which may take effect in 2020, is to help states pay the new minimum wage. OLASUNKANMI OSO sampled the opinion of Nigerians on this matter. Their views:

Ipaye Olasunkanmi
Increasing VAT rate to pay minimum wage is like using a right hand to give a child food and using left hand to retrieve the food. There are so many ways the federal government could generate revenues. First, by increasing taxes on luxury goods; second, by cutting down the huge salaries of government officials because leadership should be more about humanity; third, by solving the issue of mismanagement of public funds. This should not be happening in a country where there is high rate of unemployment, lack of quality education, infrastructure and security. If VAT rate is increased, many Nigerians would be poorer compared to the figure we have now. The government should weigh the advantage and the disadvantage before delving into it.

Olubayo Samuel
Every right thinking Nigerian knows that this is nothing but a way to impoverish Nigeria and enriched the government. They claim the increase is to aid new minimum wage implementation. What about those not working for government? When would Nigerians enjoy the dividend of democracy when the government cannot meet up with its responsibilities? Condition of living is becoming unbearable, yet the government is not disturbed. May God deliver this country called Nigeria.

Ofure Rey
This is totally unfortunate. The VAT increase would inflate the prices of goods, services and commodities. It is not a welcome idea, as it is one sided. It only benefits the government and not the people who put the government where it is. Our economy is not that strong enough for a 7.5 per cent VAT to the requested of businesses. How many Nigerian businesses are recognized globally? It should be reduced.

Ben Idewor
Every sovereign state is empowered by law to levy tax on her citizens. However, those taxes ought to be levied in such a way that it would encourage voluntary compliance and would not be detrimental to the economy. Why punish people who could barely afford to live? If the government is sincere about increasing revenue through tax, it would promulgate tax policies which would stimulate the economy by providing incentives for employers to create more jobs which will result in a larger income tax base, which in my opinion is of more significance than the 7.5 per cent VAT.

Ibrahim Kazeem
Even though we need to pay more tax to help the government do better in terms of providing basic amenities for us, I think it is not needed in this particular period where our country is still reeling from recession. The government could come up with better ways to augment the tax issue. One way we could improve our tax level is through stringent measures that would help fish out millions of people that do not pay taxes.

Okunlola Oluwafemi
Simply put: ‘You cannot give what you do not have.’ If the government is increasing, what value has been instilled upon the economy in the first place that in turn should equate the concurrent increase in tax per income? It is absolutely amoebic. It does not add up at all.

Lanre Oseni
The VAT increase being proposed will increase government revenue and would insignificantly increase the expected income on 2020 federal government budget. On another note, it would affect the rich negatively and affect the poor more negatively. The choice now is between getting more revenue by government and not pauperising the populace. Better solution is in diversification of untapped natural resources (iron ore, gold, limestone, bauxite, feldspar, oil and gas etc.).

Babatunde Adeleke
The present government is one trying to build a structure by demolishing it. It was only a few years that we are shouting cashless policy, now this. This policy would defeat the very essence of the cashless policy agenda. When this is factored along with the other deductions, it is just so absurd.