What are your expectations from your newly-elected governors and president? 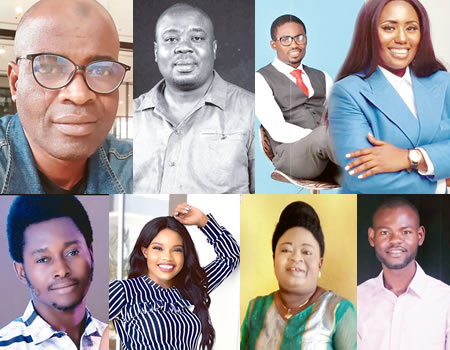 The much talked-about elections are over and the newly-elected governors and president have been sworn-in. However, the big question in the minds of many is: Would these leaders fulfil their campaign promises? OLASUNKAMNI OSO sampled the opinions of Nigerians to enquire what they expect from their newly-elected governors and president. Their views:

Kayode Mustapha
In the midst of challenges that threaten progress and development of the country, one would expect the elected leaders to start from assembling a team of visionary and committed managers. These managers should have ‘caning’ interests in delivering the desired needs of the people in areas such as security, employment, economic development, social welfare, infrastructural development, institutional reforms and leadership. We are at the level of ‘swim or sink’. This is no time to experiment and to politicise government businesses. From the presidency to grassroots levels of governance, Nigerians deserve a new lease of life with political, economic and social inclusiveness as the catch phrase.

George Bayo
Now that electioneering period is over, Nigerians are full of expectations. It is action time, to do the doing and less of the talking. However, new governor should adopt previous governors’ projects, innovatively mitigate the sufferings of the indigents, carve a niche for standardised economy system that would provide employment opportunities for the unemployed and improve the standard of living within the states. Nonetheless, the federal governments should own up to its task by stabilising the economy of the country and among others, overhaul the following sectors: educational, agricultural, power and health. It should proactively address insecurity, appalling road networks and see to the general wellbeing of Nigerians. Finally, both governments should not waste time on settling personal vendetta with the opposition parties.

Chy Nwakanma
If you want my honest answer, I have no expectations. Four years is a long time. I do not want to start draining myself now with expectations. My political answer? It is quite simple. They were elected to serve! They are in the office for service. They should do what they took an oath to do, which is to serve in the interest of the masses and protect them. They need to start being accountable for the places they govern. We have heard enough stories. They are amazing storytellers and entertainers. We give them credit for that, but that is not what they were elected into office to do.

Ben Effiong
My only expectation of the newly-elected government officials, both at the state and national levels, is for them to reduce the level of looting of our commonwealth. I know it is a difficult task, when one takes into cognizance the culture of Nigerian politics in the past twenty years. Nonetheless, a little progress on this front can go a long way to change the landscape of Nigeria’s socio-political and economic development. As an addendum, I would like to see more young people being given chances to serve in government. The government should do everything possible to ensure that the largest demography of our population participates in making decisions that directly affects their future.

Akintunde Akinbobola
Firstly, I say congratulations to all elected politicians. My expectations from the state governors are for them to think beyond the box. They should create more Jobs by utilising human and natural resources that we have. My expectation from our president is for him to improve security. Nobody is safe any longer, poor or rich. I expect security to improve in the next four years. I also expect more jobs to be created for our unemployed youths, for those who lost their jobs because of recession to become gainfully employed again. I would be immensely disappointed if the president takes another six months to come up with his cabinet of the same old politicians.

Adekeye Esther
I am expecting the newly elected governors and the president to make efforts to stabilise the economy. I do not know if you have noticed, but the economy is getting harder. It is almost like there is a recession. Also, more job opportunities should be created for the youths. We are in a technology-driven world, and it is of utmost importance that we try our best to stay on top of the game or close.

Ipaye Olasunkanmi
I want to believe they made campaign promises. Of course, those campaign promises and manifesto were issue-based and achievable. That was why the people voted for them. I am convinced that their predecessors left some projects half-finished, which I urge them to complete and also sustain so it would not amount to wasted resources. Lastly, political leadership and corruption are synonymous in my dear country. I expect them to fight corruption with everything they have, since corruption underdeveloped Africa not the Europe as claimed by Walter Rodney.

Oduniyi Adedolapo
Least is expected from the president or the governors because I am sick and tired of this country where they know the best and they would not do it, even when they travel abroad and see what is happening there. Our education sector is in shambles. Health is nothing to write home about. If they could take care of these sectors and provide good roads, electricity, and pay the 30,000 minimum wage, they would really surprise me. God bless Nigeria.