What an artiste must know before signing recording contract ― Godfrey Eguakun

Entertainment
By Tribune Online On Sep 21, 2019 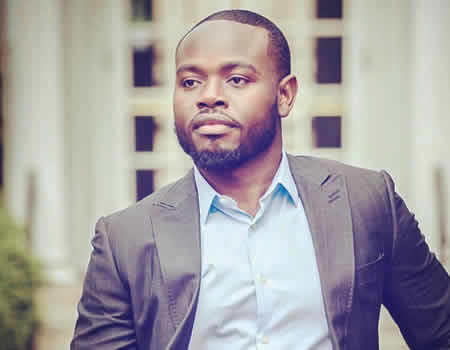 Given the rising impasse and unhealthy divorce between record labels and artists US-based Nigerian record label boss of Monkey Media House Records, popularly known as MMH Records and TRONIQ Incorporation, Godfrey Eguakun, a mechanical engineer and businessman, has given some tips on what an artist should bear in mind before signing the recording contract, that may very well change the course of the career of the artist.

While admitting there are not set rules or pitfalls to look out for, he advised that the artist l ask himself what really wants.

“There is no standard rule or standard terms to consider before signing a recording contract, but just like getting a new job, I think a few things they should ask themselves is; does this contract allow me to express myself creatively? Is there room for growth and development in this contract? Does this contract allow me explore new markets and genres of music? Is this contract the end goal or a means to an end goal? Does the goal within the provisions of the contract align with my career goals? Is the contract what can be considered a slave-contract? What are the exit terms and provisions of the contract? The artist also needs to ask themselves administrative questions like; can this record company finance their marketing need? Does this company have other talents and how successful have these talents been? What is the overall reputation of the label Etc? At the end, is really about what the artist wants, what he is comfortable with and what is permissible within the laws of the artist recording contract,” he said in a chat with our reporter.

As an experienced records label boss with about five artistes signed under his two labels, he identified the provisions of the recording contract as the key factor responsible for disagreement between the two parties.

In his words; “ I think one of the bases of this divide between the record label and the artist has in a large way to do with the provisions of the artist recording contract. Over the past decades we have seen the artist contract evolves into what it is today in a bid to fit into the present reality of the music industry. However, the provisions of these ever-changing contracts is unable to keep up with the spontaneous change in the way music is being consumed and the way independent artists are continually having unprecedented access to resources to produce and market themselves on a global scale. These artists simply have resolved that they no longer need a record label to sell themselves, or in other words, the label needs to bring to the table something extraordinary for them to sign on to a recording contract. This is not to say artists don’t still actively and consciously chase after these record labels in the early stages of their career, but in the long run, they tend to realize “Hey, I can actually do this myself”.

He, however, maintains that either of the two-party is not to be blamed and that, they should consider each other’s interests to have a healthy relationship, proffering solution.

ALSO READ:US based NGO team up with Bauchi govt to boost mining activities

Geofrey Eduakun is an Edo State indigene, born in Osogbo and currently lives in the United States. He’s a Mechanical Engineer by day working on jet engine designs and manufacturing and a businessman by night, managing and running multiple businesses. His Monkey Media House Records is an indie Record Label founded in 2017. Outside making and selling records, he does Talent Development, Talent Management, Artiste Promotions/Media Management and digital music distribution. His TRONIQ Inc, on the other hand, was founded in mid-2019, it’s a digital indie recording company, shaped around traditional models.