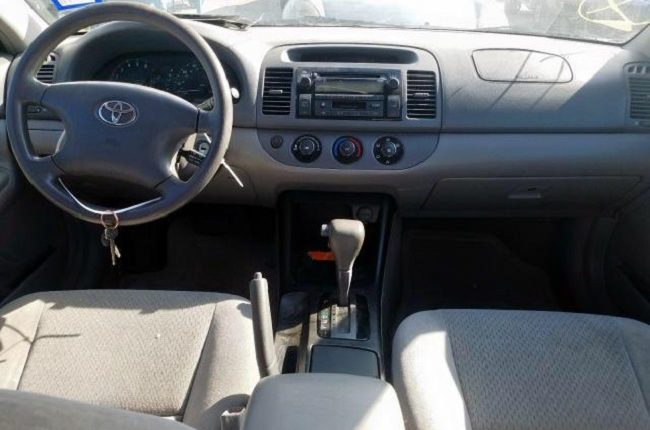 A vehicle importer, Mr David Okanlawon, has declared the Port and Terminal Multiservice Limited (PTML) terminal, one of Nigeria’s leading Roll-On-Roll-Off (RORO) port terminal, unsafe for the discharge of vehicles following the pilfering and looting of his imported vehicle components right inside the port terminal. This is even as the PTML Chapter of the Association of Nigerian Licensed Customs Agents (ANLCA) confirmed to maritime journalists that vehicle pilfering at PTML terminal and Port & Cargo Handling Services (P&CHS) has been ongoing for some time now.

Speaking to newsmen on Monday, Okanlawon said his vehicle, Toyota Camry that was imported from the United States of America (USA) and discharged at the PTML terminal had its entire component looted inside the terminal.

According to Okanlawon, “The vehicle battery, air conditioner compressor, side mirror, extra tyres among others were all pilfered within 72 days that the vehicle spent in the terminal.”

Okanlawon who said the vehicle was discharged from the ship MV HOEGH XIAMEN on the 28th of March 2020 said he was surprised that vehicles could still be pilfered after terminals were concessions to private operators.

“My woes started on the 28th of March, 2020 when my vehicle was discharged at PTML terminal. It was the second day the Federal Government began enforcement of lockdown, so the clearing agent that was supposed to clear the vehicle out of the terminal was unable to access the ports.

“But, after the lockdown was relaxed in Lagos and he went to the port to clear the vehicle, an invoice of N353,990 was raised with N269,600 slammed on me as demurrages for the 72 days the vehicles spent in the PTML terminal,” Mr Okanlawon added.

Okanlawon who has a car mart in Port Harcourt said he was surprised that despite paying a huge amount on demurrages as charged by the shipping line, his vehicle was still pilfered to that extent.

Okanlawon who showed the before and after picture of the vehicle to journalists said he was disappointed at the level of pilfering in the terminal.

In the words of the PTML ANLCA Chapter Spokesman, “The management of the PTML terminal has always been living in denial about the development.

“The wharf rats that were once defeated at the seaports have returned and we know that a whole container was burgled in Port and Cargo Handling Services (P&CHS) terminal some time ago. However, I know pilfering of vehicles happen mostly at mile 2 annexe of the PTML terminal and we have instances of remotes of vehicles missing and they tell us it got lost on transit. We are currently collating the lists of burgled vehicles to present to Grimaldi shipping, operator of the PTML Terminal because this has to stop.”

When contacted, the Managing Director of PTML/Grimaldi shipping line, Ascanio Russo didn’t respond to enquiries on the matter as at the time of filing in this report.

AATF, partners to use agricultural waste to generate power for sub-Saharan Africa

Fuel/electricity hike: We are not in a banana republic, Kogi TUC tells Head of…