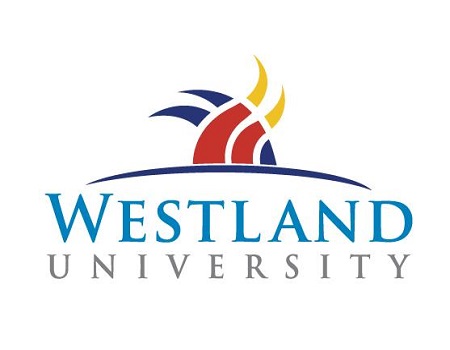 The Chancellor, Westland University, Dr Wole Adepoju, says the institution is set to tackle the craze for importation in the country.

Adepoju disclosed this in an interview with the News Agency of Nigeria (NAN) on Saturday in Lagos.

He said that the institution’s key area of focus would be on technical productivity of its undergraduates, while all its colleges and departments would be ICT driven.

NAN reports that the Federal Government had, in January, approved the establishment of the institution, alongside three other private universities.

The Minister of Education, Malam Adamu Adamu had, while addressing journalists at the end of the first meeting of the council in 2019, stated that the four universities had satisfied the criteria for their establishment in the country.

“They have submitted their academic briefs, their master plans and evidence of facilities after visitation by the National Universities Commission (NUC).

“They have satisfied all those requirements and they are being granted a licence,” the minister had told newsmen.

Adepoju said the focal point of Westland University, set to commence operations fully in June, is to contribute its quota in reducing importation into the country by emphasising on technical products that will include designing and producing.

He said that Nigeria’s economy had constantly faced setbacks over the years as a result of over-reliance on the importation, despite the fact that most of the raw materials used for the finished products were originally sourced from the country.

“We want to train students on how to produce, using locally sourced materials, to meet the country’s 21st century needs. We will focus on innovation and raw material production for productivity, which will be our area of strength, just as it will also be ICT-driven.

“Ours is a university that wants to do things differently. We want to make a difference in the university system in the country. Our university will be fully technical in nature, a university for technical and entrepreneurial skills acquisition and development. We want to stop the importation of not just textiles, but furniture and others.

“It is going to be a self reliant kind of centre where no student will graduate and be looking for job, an institution that will mould young Nigerians who will be willing to be self-employed, students who will be willing to go into agriculture, engineering and other fields of life endeavour, though not necessarily at the high level, but the skills would have been inculcated in them and they will be rearing to go.

“However, I want to thank God that the new federal government thinking is now tilted toward that direction.

“You know that our emphasis in the system and as people, has always been on certification, rather than equipping our undergraduates with skills that will readily make them employers of labour on graduation,  rather than go about to seek for white collar jobs that are not even available,” he said.

Adepoju explained that the university would commence with a total of 750 students that would be offered provisional admission through the Joint Admissions and Matriculation Board’s Central Admission Process System (CAPS).

According to him, all the needed infrastructure for the take-off of the university are already on ground, and the institution’s management has engaged the services of top-notch, highly resourceful, well exposed, vibrant and competent lecturers.

“With our connection in the Diaspora, we are going to bring some of our best hands back home. We are wasting away our countrymen who rather than stay behind here, go out there to do menial jobs of all kinds just to make ends meet, even with their Ph. Ds; this should not be.

“The National Universities Commission (NUC) has given us on pro-rata basis how many lecturers should be engaged in every department and we will work along with the standard set by it,” the chancellor told NAN.

He said that the institution would commence its operation in phases, stating that it would kick start with two colleges, the Physical Sciences and the Social and Management Sciences.

“ Our phase two, by the time it will take off, will cover technology massively. We listed between eight to 10 colleges, which include Law, Medicine, Pharmacy, Mechanical and Electrical Engineering, and others, but all these cannot just commence at the same time, even if one has the means to carry out the operation.

“We have all our infrastructure fully on the ground, including state-of-the-art workshops which cover Mechanical and Electrical and Electronics workshops, as well as Architecture and Science Laboratory Technology workshops.

“The university also has Urban and Regional Planning workshop and Land Survey among others, and all these will be in phase two of the take-off of the university.

“These programmes should all go through the gradual accreditation process, which is key in achieving perfection and academic excellence,” he said.

Adepoju, who is also the founder, Wolex Polytechnic in Lagos, said Nigeria had the capacity to produce all it wanted and be self-sufficient, but the political will to carry out the implementation was lacking.

The chancellor said that before now, foreigners who visited the country always left the shores with furniture because they considered them highly rugged.

According to him, the story is no longer the same, as a lot of factors have put a stop to the development, thereby making furniture makers or carpenters lazy.

He urged the general public, and parents especially, to patronise the private universities to further experience the impact on their children and wards.

Adepoju said that these universities had been playing contributory roles in producing some of the best brains that were key stakeholders in the development of the country’s economy.

N30,000 minimum wage: Gains have been eroded by inflation —TUC