‘We’re hungry, we can no longer go to farm’, Delta farmers cry out

Residents and farmers from the agrarian Obiaruku community in Ukwauni Local Government Area of Delta State on Thursday protested the maiming, raping and killing of farmers in the area by suspected Fulani herdsmen.

The protest took place at the university town of Abraka in Ethiope East Local Government Area of the state.

The protesters alleged the herdsmen killed a farmer and staff of the Physical Planning Unit of the Delta State University (DELSU), Abraka, identified as Engr. Mike Egba, on Sunday, March 22, while returning from his farm. 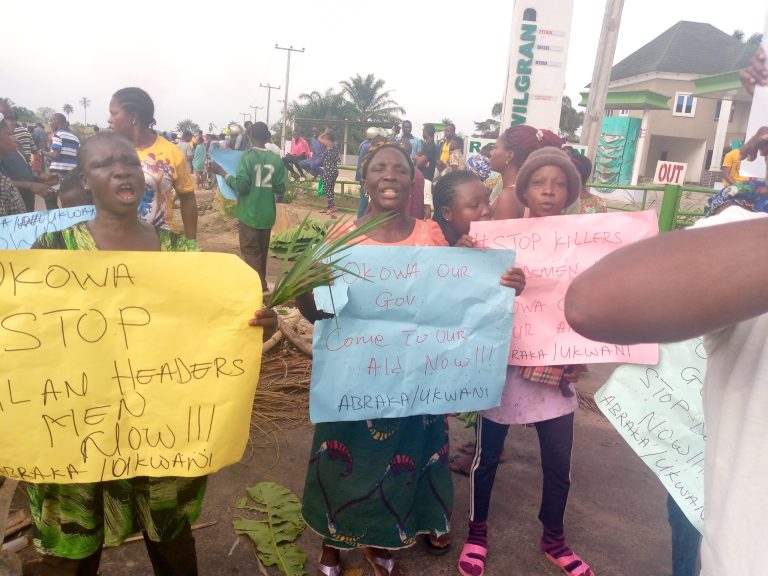 The Obiaruku indigene was reportedly killed alongside his son and a close relative along the Abraka/Benin Road by Oghonogbo farm settlement junction.

Following the Sunday incident, the aggrieved protesters, who were armed with placards and twigs of trees, marched through the streets of the town obstructing free-flow traffic, chanting solidarity songs such as “Buhari must go,” “Okowa must act now,” “We don’t want Fulani herdsmen again,” and “Fulani herdsmen must leave our bushes,” among others.

The protesters also mounted roadblocks that obstructed vehicular flow for over three hours at the popular Benin junction in Abraka.

Chairman of the Association of Farmers in Abraka/Obiaruku communities, Duke Idigun, while addressing journalists, said the attacks on farmers by herdsmen appeared to have gotten worse in recent times.

“The protest today is all about the killing of our farmers inside the bush and the raping and killing of our women. Someone will go to the farm and won’t come back home. 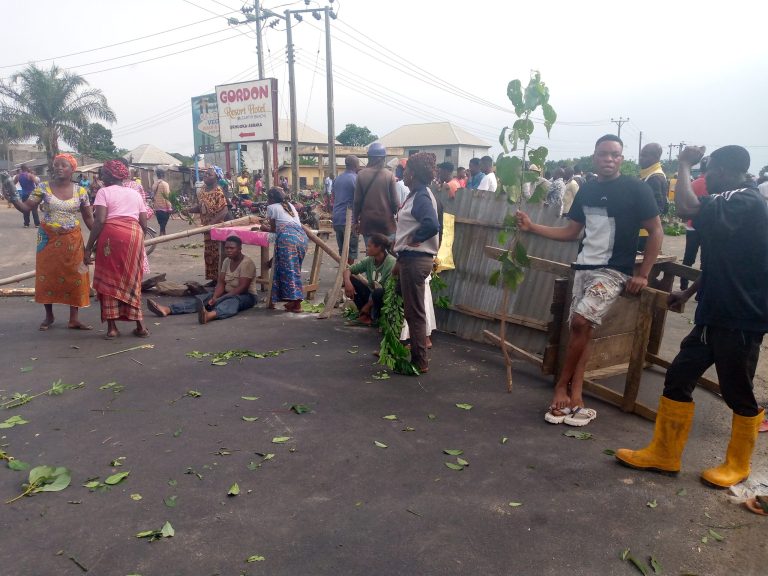 “The governor asked us to forward the petition to the Commissioner of Police which we also did. But, no one wants to help us.

“A farmer was killed on Sunday with his two children. They also carried a vigilante into the bush and till now they are still looking for him. Another vigilante was shot in his stomach. He is in the hospital for medical attention,” he lamented.

While disclosing that the association has lost count of farmers to herdsmen killings in the area Idigun warned that food drought might be in the offing if nothing urgently is done to halt the trend.

“The whole farmers are now hungry because we no more go to the farm. Even if you go, the cassava has been eaten by cows and we are not given compensation.

“Our demand is that the government should go and clear the bush immediately so that farmers can start going to their farms and come back home alive,” he pleaded.