Arts and Culture
By Akintayo Abodunrin On Oct 11, 2020 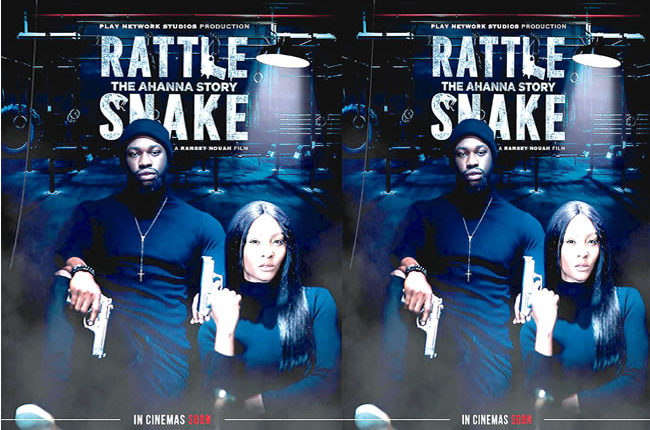 Film producer, Charles Okpaleke, shared insights into why his company is remaking the Nollywood classic and honouring its original director, the late Amaka Igwe during a Zoom meeting.

CHIEF Executive Officer of Play Network Studios and executive producer of the forthcoming ‘Rattlesnake: The Ahanna Story’, Charles Okpaleke has talked up the chances of the film.

Scheduled to be released in November, the film is a remake of the original ‘Rattlesnake’ released in 1995 and directed by the late AmakaIgwe, with Austin Awulonu as the producer. It centres on the young Ahanna Okolo (Francis Duru) who becomes involved in crime following the death of his father and some other unfortunate events.

But speaking during a recent  Zoom conference,  Okpaleke disclosed that the movie would honour Igwe, a  film and TV production titan. He also thanked his team for the successful completion of the shoot, despite the COVID-19 pandemic.

Okpaleke, whose Play Network Africa remade ‘Living in Bondage’ and has acquired rights to other Nollywood classics including ‘Nneka the Pretty Serpent’, ‘Glamour Girls’ and the ‘Osuofia’ franchise, assured that ‘Rattlesnake: The Ahanna Story’ will surpass the success of ‘Living in Bondage’.

Also speaking, director of the flick, Ramsey Nouah said that the reason Play Network decided to work on Rattlesnake is that Okpaleke strongly believes in it as a work of art.

He said, “His vision is to do remakes of classic Nollywood stories. So with the success of ‘Living in Bondage’, he felt like we should try the others. I want to say I’m delighted and pleased to be a part of this project.

Actor Stan Nze, who plays the titular Ahanna, said that from reading the script, he felt challenged to put in his best.

Osas Ighodaro, who also plays a lead role, disclosed that she put in her best during the shoot.

“We became a family, and we wanted the best formula for one another. We sat right before filming with director Ramsey, and he pretty much spoke about how this is a character-driven film. How important it is for us to put our best forward and work as a team. This was a team effort, so once we tapped into that bond, it was easy to get into character. It just became a beautiful moment that will resonate through the project,” she said.

The producer,  Chris Odeh, explained that apart from bringing a cultural value to the film industry and drumming up nostalgia, the film will celebrate the late Igwe.

Odeh, who is the line producer for the ‘Living in Bondage’ sequel, said; “in making the film, ideas just kept coming up. Rattlesnake is very important, especially from my perspective. It is a strong coming of age story which a lot of us resonate with. One thing that resonated with us in the original ‘Living in Bondage’ was the fact that it reminded us of that nostalgia. The film also puts a deserving honour on Amaka Igwe, who is an icon, who is responsible for a lot of the people you call stars today.”

He revealed that during the shoot, they took all necessary health and safety measures to protect the cast and crew from COVID19.

“We made sure to advise people on health consciousness and the need to sanitise their hands. We had a medic on set. We registered with a clinic and had a medic who was on set constantly. Even with an assistant at some point. Every hour we took temperature, every hour we sanitised our hands. If you step out of the perimeter and you are coming back in, you sanitise your hands. We just made sure we maintained a very health conscious habit,” Odeh said.

The Zoom meeting also featured a screening of scenes from ‘Rattlesnake, the Ahanna Story’.