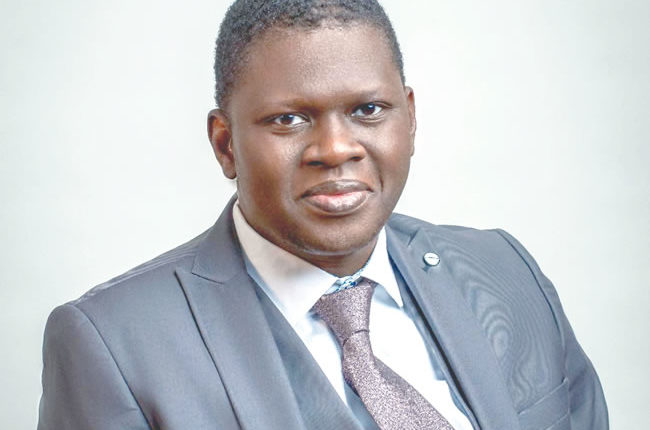 Dr Stephen Akintayo is an author of 35 books and Chief Executive Officer of Gtext Homes. In this interview with SEGUN KASALI, he shared his humble beginning as a budding entrepreneur, travails and successes.

How did this entrepreneurial journey start?

I started a business while I was at the university. My mother was a civil servant and my father’s business had crumbled before I was born. So, my mother was left with using her salary to raise five children. So, each time I was going to secondary school, she would knock on doors. This is the reason why we invest a lot on kids’ tuition fees. We aided over five thousand kids’ tuition fees, and that, particularly for me, is the story of where I was coming from. So, for me, I grew up being pained that this was not normal and I was lucky I had a cousin who had started the business when I was finishing secondary school.

So, what kept you going despite these travails?

Wisdom! I could recall my uncle sold most of his lands in Omole and Berger.  I did not know him until I got into real estate. But, later on, I went into real estate. These are the people you go to for advice whenever you are having these issues and how do we handle such. We have had to leverage on not just him but several people.

Yes, the company has been doing a lot. This year, we are building one thousand housing units and we have started already. A lot of contractors are already mobilised, and we are getting more on board and also by the end of the year, we would be having more than 20 branches in the country. Some people have been asking why we are expanding despite security in Nigeria.

But, again the concept of entrepreneurship is solving problems and that is why we are investing a lot in conferences and training because we just need to start changing the mindset of Nigerians. There are applications that some of our brilliant young Nigerians can come up with that will solve these things. They will give you satellite imagery of where kidnappers are keeping people with the coordinates. You just need to tap into that youthful and young energy.

What is your painful experience as a real estate entrepreneur?

A lot and the biggest single loss was N120 million in the real estate sector. But, that was the single loss that made me stay in this business with the mindset that we would build billions. The way it happened was that somebody promised us that the owner of the land would pay as it is a known fact that we buy in bulk. But, the day we were to take possession, the whole family came out and said who sold the land for us? We didn’t know him and money had gone.

Tell us about the smart city concept

I think the United Kingdom said that by the year 2035 or so, no more emission. They are no longer using fossil fuel. So, we are having countries give 15 years deadline, 20 years deadline. So, everything is becoming smart, green but Africa is not even having that conversation. So, I said we have to be different. We have to be ahead. So, we started this concept of green smart homes wherein our estate and in the houses, we have built, with your phone you can handle everything about the house. In fact, for some people- from your wristwatch, you can see what is going on in the house. You can even talk to those at home. So, a lot of security gadget, a lot of smart gadget but more importantly green. So, we are not connecting any of our estates to the national grid. We are not interested. Everything is renewable. We are doing a hybrid of solar and recycling the waste we are producing in the environment, using hybrid biogas and solar.

Is this project ongoing right now?

We are already on-site buildings that have commenced. We are just making sure that our estates are self-sustainable. It is in line with the Millennium Development Goals and like I said- It is just that Nigeria keeps shifting the goal post. All these things are the things that the world has agreed that we need to start moving in this direction. But, we know how we do our things.

Don›t you think that their government policies over there are friendlier?

Before, there was no government policy guiding them. Just now, they are trying to control the sector. Take for instance- social media. When it started, there was no policy. Some people started it without law from scratch and built it to the billions. The same narrative we must tell in Nigeria- young people should go and pick a sector; then, hustle it out. I am not saying it is easy. No.

I could recall that I trekked from Ikeja along to Sango when my office was there many days because there was no N200 to go back to Sango. So, i slept in my office, woke up the next morning with mosquito bites all over and my body was swollen. In this same Lagos, I used to paste posters because that was what we could do. We did photocopy, buy bulk SMS for 70 kobo per SMS. So, it was not easy. So, it is easy for people to say I am privileged now.

Would you say the real estate sector will actually take over from the oil sector?

The answer is definitely yes. When? We do not know because it is in the hands of the government. I remember Dubai’s case was an intentional decision by the sheikh to say oil is going right and we don’t even have oil in commercial quantity in Dubai. It was AbuDabi that even had in commercial quantity. So, they started thinking if they could go into real estate, tourism. So, they started building Burj Khalifa. It was a decision. So, if the government chooses to make that decision, it will happen. But, I honestly see the private sector driving this.

Do you know that the most expensive land in the world is in Nigeria Lagos, Banana Island? In New York, they only sell floors but don’t sell land. I would have said maybe New York will top them. It is only in Lagos that you buy land 600 square metres for $2 million. There is nowhere else in the world. That is why even the private sector has jumped in and they are making this thing mega. So, all we just need is the little government help- which involves making it easier C of O. Look at what is happening with Ogun State and Oyo State- Investment is moving to those places because it is easier to get your C of O. So, those are little things government can do. Create jobs and you know there is no other bigger employer of labour in any sector than real estate. None! Not even in oil and gas.