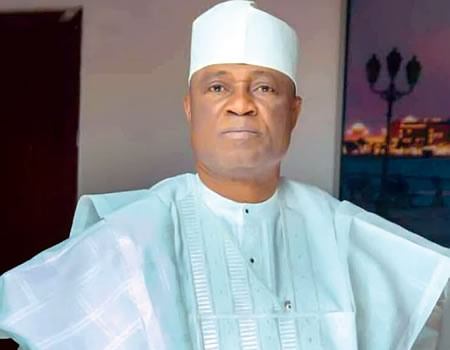 The chairman of the Peoples Democratic Party (PDP) in Kwara state, Mr Kola Shittu, in this interview by BIOLA AZEEZ, shares the views of the party and its supporters on the demolition of Ile Arugbo built by late Olusola Saraki in Ilorin, among other issues.

How do you see the claim by the government that it did not demolish Ile Arugbo?

It is a false, preposterous and unfortunate claim by the Kwara State government that it did not attack or demolish any house belonging to old people known as Ile Arugbo. It is an assault on hundreds of innocent aged people, including women and widows, who usually converged on the building to receive their welfare packages.

Every Kwaran, and even people outside the state, know that Ile Arugbo was built many years ago by the late Olushola Saraki for aged people; to cater to their needs by providing them with food, clothing, cash gifts and healthcare services.

This is what the building was used for during the lifetime of Baba Saraki and which has been sustained by Dr Abubakar Bukola Saraki, as directed by his father before his death in 2012. This was a demonstration of Baba Oloye’s selflessness and uncommon compassion towards the masses. It is, therefore, unfortunate for the Kwara State government to claim that Ile Arugbo was used for political gatherings, and not for social welfare programme for the aged. The dubious claim by the government, as contained in a statement signed by its Commissioner for Communications, is a reflection of the disdain of the present government for aged people and the downtrodden of the society. No responsible or compassionate leader will direct the demolition of a welfare home for the people.

We, therefore, urge the state government to stop churning out reprehensible, false claims and cheap propaganda to justify its vindictiveness and tyranny. The governor should offer public apology for the attack on innocent Kwarans, including aged women, during the demolition of Ile Arugbo.

The state police command has also come out to say it that had no hands in the demolition.

The Kwara PDP and, in fact, Kwarans are curious and alarmed by the claim by the state police command that it never deployed its men for the demolition exercise and was not involved in the shooting and firing of tear gas canisters at unarmed protesters.

What this simply means is that Kwara is no longer safe, as any group of people in security outfits and vehicles could storm anywhere within the state to attack innocent people and get away with it. It is on this note that we call on Governor Abdulrahman Abdulrazaq to tell the public how and where he got the police officers he used to perpetrate evil against innocent people. Kwarans want to know those individuals who fired live bullets and tear gas at innocent and defenceless aged women during the demolition of Ile Arugbo in the wee hours of Thursday, January 2.

We urge the state police command to carry out thorough investigation into this matter if it wants Kwarans to believe it truly had no hand in the barbaric attack on innocent Kwarans.

Now that the matter is in court, what are your expectations?

The matter is currently in court and it is only the court that can give a final decision. The case with suit number KWS/463/2019 is between Asa Investments Ltd vs Governor of Kwara State, Kwara House of Assembly, Attorney General of Kwara State, Director General of the Bureau of Lands and the Inspector General of Police. With the matter in the court, one would expect that the governor would stay all actions on it and wait for the final adjudication on the matter, and not take any action that will pre-empt the court decision and render the judicial verdict useless.

It is quite unfortunate that the governor had gone ahead to exhibit his dictatorial tendencies by illegally directing the demolition of the building. This is evil, an act of tyranny and impunity taken too far. Why was the haste in destroying the property when the matter is yet to be decided by the court?

The hurried and surreptitious manner in which the demolition exercise was carried out showed that the governor’s action was not in the interest of the people but to satisfy his own ego, which is a gross violation of the oath of office he swore to. Governor Abdulrazaq has allowed his personal interest to influence his official conduct and decision.

It is now glaring to Kwarans and the Nigerian public that the governor is in office to settle old political and family scores and not to deliver good governance and development that he was elected for. He is vindictive and will stop at nothing to take draconian actions to get at his perceived political opponents.

The demolition of Ile Arugbo is a dishonour to the memory of Baba Saraki. This is a man who dedicated his political career to serving the good people of Kwara. He was a selfless and very accommodating leader, who was always ready to help others. Only a few politicians of his time could rival his uncommon compassion towards the masses, which endeared him to many within and outside the state. However, the governor and his family members, including his father, AGF Abdulrazaq, should know that with or without Ile Arugbo, the late Olusola Saraki will continue to occupy a place of honour in the hearts of Kwarans, particularly those who witnessed or benefited from his numerous acts of philanthropy and humanity.

We, once again, call on traditional rulers, spiritual and community leaders and stakeholders in the state to ask the governor to put a stop to his acts of tyranny and politics of bitterness, which can lead to breakdown of law and order in the state. In the meantime, we urge the supporters and sympathisers of the Saraki family to remain calm and not take the law into their own hands, although we understand how emotional and embittered they are at the moment. We must allow the law to take its course.

If you had the opportunity discuss with Governor Abdulrazaq, how would you advise him on this matter?

The whole of the Kwara community is urging the governor to give the people of the state meaningful developments as part of the reasons he was voted for, instead of using the opportunity to vent his anger against the family of the late icon of Kwara politics. Historically, this property in question has never been in contention with any government, even during the military regime.