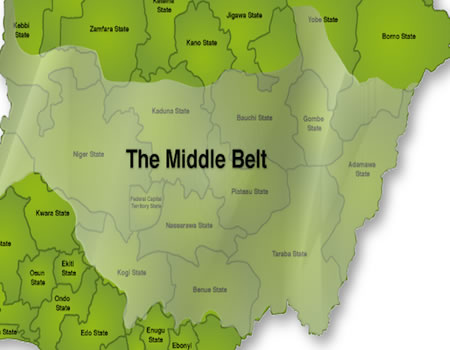 Share
The Middle Belt Forum (MBF) has signified its intention to resist alleged attempts to subjugate indigenous peoples of the region and those of Southern Nigeria.
In a statement signed by its National President, Dr Bitrus Pogu on Wednesday, MBF said it stood by former Minister of Defence, General Theophilus Yakubu Danjuma (rtd), former military governor of old Rivers state, Gen. Zamani Lekwot (rtd), among other notable members of the Nigerian Christian Elders’ Forum (NCEF) over their written submission to the United Kingdom Parliament on the ongoing killings across communities of the Middle Belt and other parts of Nigeria.
NCEF further accused the President Muhammadu Buhari-led administration of brazenly pursuing an agenda of ‘Islamisation and Fulanisation’ in the country.
However, another group, Middle Belt Conscience Guard (MBCG) chastised NCEF, accusing it of deliberate provocation against the country, saying the submission was aimed at encouraging Christians and Middle Belters to rise against the present government.

According to MBF in the statement made available to Nigerian Tribune, “being a multi-ethnic, multi-religious, multi-cultural and non-partisan organisation”, MBF “is obliged to respond and clarify on issues raised by the conscience group that is out to mislead members of the public.
“The Forum considers the position of the so-called conscience group as a deliberate falsehood that is aimed at misleading the unsuspecting public through foisting diversionary plot to draw the attention of the public away from the heinous genocide being perpetrated by Fulani herdsmen terrorists across the Middle Belt and other parts of the country in pursuit of the ‘Fulanisation’ agenda as earlier raised in the NCEF’s submission and observed also by other notable persons and groups.
“Considering the inordinate reaction of the group to the position of the NCEF, it is either the conscience group is non-existent or may be just a mercenary group hired by its paymasters who are the real sponsors of the heinous pogrom in our communities and ‘Fulanisation’ agenda in the country.”