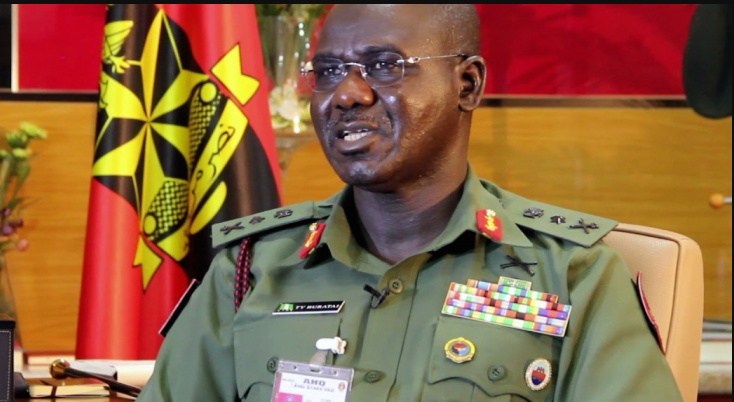 Buratai gave this assurance when he led other top officials of the Nigerian Army on a courtesy call to Oyo State governor, Mr Seyi Makinde, at government house, Ibadan, on Monday.

Speaking, Buratai emphasised that the Army has continued to strengthen its theatres of operation to sustain its several anti-banditry and anti-insurgency operations across the country.

“For some days, I have been on a working visit to various theatres of operation, the last being the North-West theatre of operation in Zamfara, Katsina States, where I assessed the ongoing anti-banditry operation code-named Exercise Sahel Sanity.

“This administration has been very successful and I want to assure you that the military will remain impartial in discharging its responsibilities, which is our sacred role,” Buratai said.

Giving his remarks, Governor Seyi Makinde praised the professionalism of the Nigerian Army in managing the various security challenges facing the country.

He particularly lauded the Army for sustaining its operations in tackling Boko Haram, banditry amid economic constraints stemming from COVID-19 and the nation running a largely mono-product economy.

“We acknowledge the challenges going on right now in the country. We are in the middle of a pandemic and economic meltdown. We are running a mono-economy and the price of the mono-product in the international market has really gone down considerably.

“So, we are all feeling the pinch and rolling it with all the issues going on in the North-East; insurgency, banditry. I wonder how challenging the environment can be.

“But in the middle of those challenges, I am glad to note that the Nigerian Army has applied itself professionally and it is managing the challenges. So, I want to say kudos to you and the officers.”

“The current relationship that exists between the Nigerian Army, the government and the people of Oyo State has been cordial and we want to appreciate this.

“We, as a government in Oyo State, the only thing we can do is to support where possible. We know we have officers and men from this division that are posted all over and they have their families at home here. It is on that basis we have been relating with the GOC and his team such that whatever we can do to make life a little better will be done,” Makinde said.