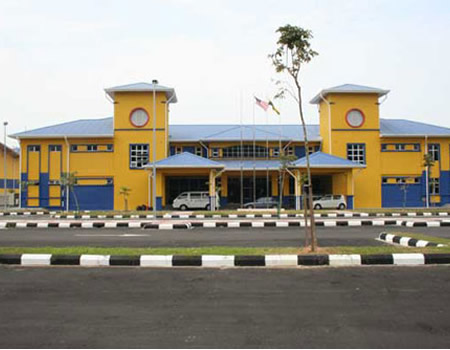 THE Amalgamated Union of Public Corporations, Civil Service Technical and Recreational Services Employees (AUPCTRE) has warned against the recent appointment of non-professionals and novice into key technical and scientific Directorate Positions in Nigeria Meteorological Agency (NIMET).

The union called for immediate reversal of the appointment, warning that it is dangerous for flights, adding that the appointment should be nullified because of its peculiarity and technicalities of the science of meteorology.

The statement, signed by the General Secretary, AUPCTRE, Comrade Yusuf Lekke Zambuk, read: “The union expressed displeasure over the non-appointment of career professionals into key technical and scientific Directorate Positions in the Agency.

The union stressed that the act is bound to hinder productivity, Professionalism and also demoralize eligible career professionals for their rightful positions within the Agency.

“The union however calls on the federal government as a matter of urgency, to reverse the appointment made by the Minister of State for Aviation due to the peculiarity and technicalities of the science of meteorology.”

The statement added: “The Union is of the opinion that the appointed directors into the long vacant positions are Novice to the system and therefore insist that the Minister of state for Aviation look into the issue and reverse the positions to eligible professionals within the system especially the professional cadre.”

The union noted that series of letters was written to the Office of the Acting President of the Federation at that time, the Minister of State for Aviation, and the Minister of Labour and Employment on the matter, but regretted that no acknowledgment or response has been received.

‘’We therefore demand an immediate reversal on these appointments because as a union, we cannot fold our hands and watch strange individuals be impose on our members.

“The Union finally calls on government to respect the union’s clearly stated positions, as failure to do so, may lead to non-sustainability of existing industrial harmony in the Agency,” it added.

Ortom urges lawyers to be agents of positive