We won’t vote for you unless…, MSSN tells Lagos gov candidates

Islamic News
By Saheed Salawu and Tunde Adegbola On Dec 28, 2018 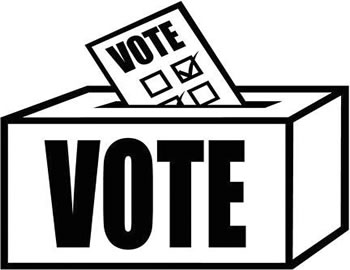 THE Muslim Students’ Society of Nigeria (MSSN), Lagos State Area Unit, has given unconditional approval for female students to wear hijab in schools as one of the criteria for voting for any governorship candidate in the state.

It emphasised although it is not a political organisation, millions of its members are qualified voters.

The Amir of the MSSN in Lagos State, Dr Saheed Ashafa, said this in a statement on the state of the nation and the organisation’s ongoing 106th Islamic Vacation Course (IVC) holding at the Human Capital Development Centre (HCDC), Epe.

Describing assault on schoolchildren over the use of hijab as a violation of their fundamental rights and freedom, Ashafa said government and school authorities should embrace the use of hijab in schools.

He warned principals who still punish female students for using hijab despite a circular from the state government to desist from doing that.

He said such action was capable of disrupting the peaceful coexistence among the peoples of the different faiths in the state.

He, however, stated that the MSSN had made tremendous progress on the matter so far and would not relent.

On what the MSSN-Lagos was doing presently to ensure the implementation of the government’s circular, Ashafa said: “First, we are in court. We are a group of people who are civilised. We know the implication when a matter is still in court and the implication of working contrary to that.

“However, every assault that happens in Lagos is taken up by the society. Probably people think we will take to the street and create chaos in the society. We are not going to go that way. We will follow the constitutional procedures to make our case.

“We believe that this is a step in the right direction. We are not after anybody being removed from office but what we are saying is that it is our right, and schoolchildren should be able to enjoy the use of hijab.

“Whenever our right is being trampled upon, we will definitely take issues up with the perpetrators, and whenever we do that, people may be expecting that we will be violent, but we believe in a peaceful process in getting to the root of any of our matters.”

On the 2019 election, Ashafa emphasised that educational development and willingness to allow the use of hijab by female students in schools would form a major basis for supporting any candidate.

He said, “Let me get something clear. MSSN-Lagos is not a political organisation but millions of our members are qualified voters. We have sensitised them enough to get their Permanent Voter Cards and the need to be peaceful during the election.

“We have been very careful in taking a position on the governorship election in Lagos State, but something is clear: we will not support any candidate that will pose a challenge to the use of hijab by our members in schools or deny any of our rights.

“We urge the candidates to engage in issue-based campaigns and avoid maligning others. We are interested in the ideas that these candidates have to solve the country’s challenges and not defamation of character.”

On the ongoing strike embarked upon by members of the Academic Staff Union of Universities, Ashafa asked the government to increase its funding of the education sector.

He criticised the government for the incessant strike embarked upon by ASUU, saying that it would be wrong to read political meaning into the industrial action.

“We understand that this is a political period and a lot of meaning could be read into the action of ASUU. We do not consider that as important. What is paramount to us is that the students are the oneS suffering. The demands of ASUU are not new and if implemented would lead to the development of our educational sector,” he said.

Meanwhile, Ashafa said this year’s IVC theme, “In the Shade of Sunnah,” was inspired by the need for Muslims, youths particularly, to have the understanding of operating in different facets of life in a balanced manner devoid of extremism and laxity.

He said some of the delegates were being taught coding during the camping period.

“We created a digital hub to train students on coding here on the campsite. This is in line with the current trends in society. We want Muslim youths to be ICT-complaint,” he added.

The Islamic Jesus: A gap or bridge between Christians and Muslims?