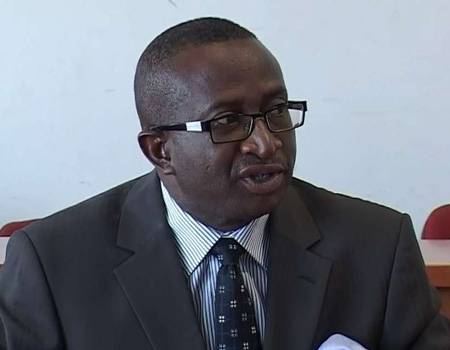 Secretary of the All Progressives Congress National Convention planning committee, Senator Ndoma Egba has assured the party faithful that the gathering of the highest organ of the party slated for June 23 would hold as scheduled.

A national newspaper, (not Nigerian Tribune) in a report yesterday said that the convention would be shelved due to paucity of fund.

But addressing newsmen on Thursday, Senator Egba said there was no veracity to the claim, as he noted that everything would be done to ensure that the event that would lead to emergence of new national officers of the party would hold.

He said about 6, 800 delegates are expected to participate in the exercise scheduled for next week Saturday.

He further disclosed that efforts were being made to resolve all pending issues from the states where there are issues especially subsisting litigations, assuring issues that could abort the convention would be resolved.

He said: “We are expecting about 6, 800 plus delegates. Of course you know that we will have observers, vendors, the media, entertainers. In all you should expect about 8, 000 people.”

“We are hoping to resolve those issues before the convention, especially in states where we have court processes. We are working to resolve them in one way or the other. This is politics and at the end of the day, you must leave a window open for harmonization and reconciliation.”

He further revealed that the convention committee has no serious challenge with funding.
“So far, we do not have so much of a challenge. But we are still expecting contributions from stakeholders.

“If there is any complain of lack of money, I think the first port of call is the secretariat and I am not aware of any committee that has come here to say we are not been funded.”

He said his Committee was on top of logistics to ensure that the exercise was hitch free
“We know the challenge that come with having about 8000 people in one location and we are not taking those challenges lightly.

“We have a security committee and they have been interfacing with the security agencies, reviewing the strategies of not just securing the venue, but also securing the perimeters and the entire Abuja because all these people will be coming into Abuja.

“So Abuja has to be safe and so, we are not leaving anything to chance. We have been interfacing at the highest level. I want to assure you that security will be topmost. We look forward to a very grand and successful national convention.”