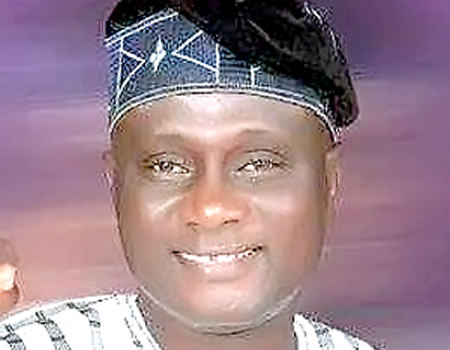 THE chairman of the Peoples Democratic Party (PDP) in Osun, Hon Soji Adagunodo, on Tuesday said there was no plan by the party to dissolve or abrogate the newly created Local Council Development Areas (LCDAs) if its governorship candidate, Senator Ademola Adeleke wins the forthcoming September 22 gubernatorial poll.

Adagunodo, who spoke during the unveiling of the 6-point manifesto of Adeleke at the secretariat of the party located around Biket area in Osogbo said the people of the state should discountenance growing speculation that the PDP had concluded plans to abrogate the LCDAs after winning the coming election.

Describing such speculation as a calculated attempt to whip up sentiments against the opposition party, he said “when elected into government our party and governorship candidate will not dissolve the LCDAs”, adding that rather “we would revitalise them to bring development closer to our people at the grassroots level”.

According to Adagunodo, “our government will not throw the baby away with the birth water. We are not going to dissolve the new councils. We will strengthen the system as the government needs to be closer to the people. Don’t listen to their lies. Vote for PDP and send the exploiters packing on September 22”.

Meanwhile, unveiling his 6-point manifesto, the flag bearer of the PDP, Senator Ademola Adeleke maintained that the development agenda blueprint premised on peoples’ welfare was packaged to fast-track the social and economic growth of the state.

Addressing a crowd of party faithful, who had converged on the party secretariat, he said “I have a vision of “a state where our people can afford a decent living; a state where government workers work with pride and dignity and are paid regularly and promptly; a state where the opportunities to grow and thrive will be accessible to every son and daughter of Osun”,

He further averred that “I have a vision of state where the mother and child receive good quality healthcare and our aged and elderly receive the adequate care they deserve; a state where our students rank as one of the brightest and best in Nigeria, educated by highly competent and motivated teaching staff; a state where our farmers are truly kings benefitting from the fruits of their labour, producing good quality farm produce, using government provided high yield seeds, trees, land, farm implements and inputs including fertilizers.

“A state where every corner is connected by a web of good road infrastructure; state that is economically buoyant with productive/gainfully employed youths; a state that will prioritize spending on people impact projects that will improve the welfare of her citizens instead of building wasteful monuments; a state with zero tolerance for corruption”, Adeleke remarked.

The PDP governorship candidate, who was flanked by his running mate, Hon Albert Adeogun and the Director-General of his campaign organisation, Chief Lere Oyewumi maintained that his declarations were not “mere election promises but responsible acts that are morally right, just, equitable and deserving by the people”.