We won’t cede collection of stamp duty to FIRS ― Minister 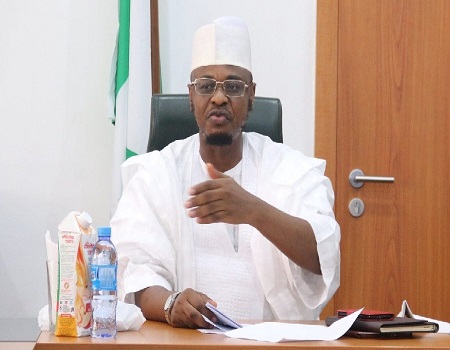 The Minister of Communications and Digital Economy, Dr Isa Pantami said the Ministry would continue to insist that the collection of stamp duty be domiciled in the Nigerian Postal Service  (NIPOST).

Pantami who was reacting to questions from Journalists during a media parley in Abuja said it would be unfair to take away the duty of stamp duty collection from the NIPOST to the Federal Inland Revenue Service  (FIRS).

Recall that the staff of NIPOST had recently protested against the plans to remove the power to collect stamp duty from NIPOST to FIRS.

The Minister said he had already written President Muhammadu Buhari, the Minister of Finance and the President of the Senate on the issue.

He said as customs collect customs duty, then the job of collecting stamp duty should be left for NIPOST.

“The crisis started before I was appointed, and I was not briefed on time by the board and management of NIPOST of the real situation until it was deteriorated.

“It is only sometimes when you have the privilege of working on a document you are trying to amend to protect your interest, this was what happened. It was done by FIRS, they were told to invite stakeholders on whom will collect stamp duty, without involving the Ministry of Communication, without involving NIPOST, they invited few stakeholders that will support their interest, they endorsed it and said FIRS should collect it.

We have no power to change, but we have the power to challenge injustice, as far as am concerned, this is one of the many injustices that can be challenged, and I will continue to challenge it. So, it is a selfish interest trying to deny NIPOST of that one.