•  As INEC plots to counter vote-buying in Kogi, Bayelsa 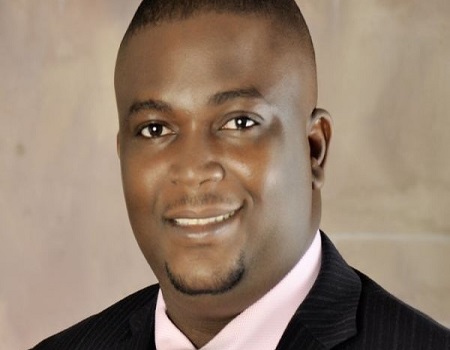 National Chairman of Progressives Peoples Alliance (PPA) and President Inter-Party Advisory Council, Peter Ameh has said the opposition political parties would not accept the move by the Senate to prune down the number of political parties.

Chairman of the Senate Committee on INEC, Kabiru Gaya has recently given an indication of the intention of the upper legislative chamber to reduce the number of existing political parties from ninety-one.

At a session with the leadership of the INEC led by Professor Mahmood Yakubu, Senator Gaya and his colleagues said the number of political parties was unwieldy and said they would ensure that it be reduced to a maximum of five.

Director-General of National Institute of Legislative and Democratic Studies (NILDS), Professor Abubakar Suleiman at a pre- convocation briefing last Friday equally backed the agitation for deleting most of the existing political parties in the country.

But speaking, on Tuesday, at the quarterly INEC Consultative meeting with chairman of political parties, Ameh said the move by the Senate was undemocratic, unacceptable and would be resisted by the opposition parties.

He further claimed that the National Assembly, by the move, was plotting to usurp the statutory functions of INEC as a regulatory agency over political parties.

He said:” It is undemocratic, unacceptable, it is infringing on the independence of the Independent National Electoral Commission, their independence should not be tampered with by form of disguise. The fact is that if they start to dish out authority, to say what INEC should do, that means you can also come one day and tell INEC what it should do on an election day.

“The fact is that political parties are supposed to grow organically and grow on their own. Parties don’t get funding, so what the problem of parties with the Senate?

“Democracy itself is not cheap or easy anywhere because as soon as you allow people’s rights to participate, as stated in Section 40 of the Constitution, it will continue to enrich the process. If you have this kind of hall and two parties come to sit down, what will they be discussing about Nigeria? It will restrict the discussion to a microscopic level. It is important that we expand processes that will put more voices, that will allow inclusion, it is very key. For me, I don’t see anything wrong with participating in the democratic space, that was the interest of the framers of our Constitution from Day One; that you don’t leave it an oligarchic structure, a system where somebody becomes a Lord, every other person has to disappear. It shouldn’t be like that. Let the small, the big and the mighty go to the center and try to look for a way to be able to participate.”

Ameh further faulted the argument of the lawmakers over the poor performance of the majority of the political parties in general elections as he argued that participation, not winning, was the key in the democratic process.

Earlier in his opening remarks, INEC chairman, Professor Yakubu warned the parties that would participate in the Kogi and Bayelsa governorship elections slated for November 16 against hate speeches and violence just as he alerted that the Commission was collaborating with the Economic and Financial Crimes Commission, EFCC to counter vote-buying.