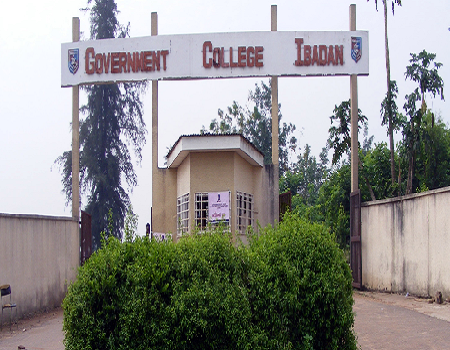 The Government College Ibadan Old Boys Association (GCIOBA), has vowed to continue contributing its quota towards making their alma mater a citadel of academic excellence in the country.

The Acting Chairman, GCIOBA Abeokuta Branch, Professor Adewale Dipeolu, said this at a news conference in Abeokuta heralding the 90th Founder’s Day anniversary of the school.

In attendance at the news conference were Senators Tunji Adelekan and Femi Okurounmu; Professors Ope Adekunle and Akin Sofoluwe, Tunde Okubadejo, who were old students of the school.

Dipeolu expressed worry over falling standard in the nation’s educational institutions, saying GCI would no longer compromise standards in maintaining its status quo of training young and brilliant Nigerians.

ALSO READ: This govt promised us change; where is that change now? —ASUU president

He noted that the taking over of the school by the government had adversely affected “meritocracy which was the bedrock of the school to mediocrity.

“The prefectural system was thrown to the winds. ‘Catchment area’ a phrase to allow for unbridled profligacy which killed the long-established recruitment of intakes encompassing the then Mid-Western State and beyond.

“High standards of entry, the unshakeable foundation for excellence and stand out results in public examinations were whittled down.

“However, in the face of these challenges, GCI is trudging on and emerging with renewed vigour and vitality.”

Okubadejo, in his contributions, said the national body of GCIOBA is working assiduously to negotiate for full autonomy of the school.

On his part, Okurounmu submitted that the nation had derailed from the original objective of its founding fathers by celebrating mediocrity above meritocracy.

“If Nigeria celebrates meritocracy, most people in government are not supposed to be there. Many of those in government do not know the importance of education. That is why educated people should show interest in governance,” the former lawmaker added.

For Professor Sofoluwe, the greatest mistake that government made was “allowing free flow of intakes that could not be guaranteed as deserving of their entry.”

Activities lined up to celebrate the 90th anniversary which runs from October 12th to 19th include annual public lecture; community/welfare service/visit to orphanage homes; Annual General Meeting; Commissioning of projects among others.