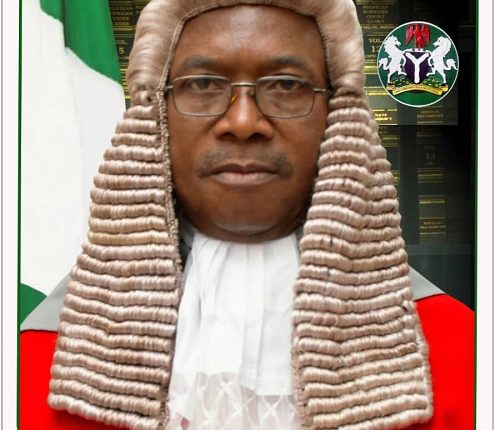 The Acting Chief Judge of Kogi State, Hon Justice Richard Olorunju Olorunfemi, has assured lawyers in the state that all required efforts would be put in place to ensure that a division of the Court of Appeal is established in Lokoja, the Kogi State capital.

He gave the assurance when he received the leadership of the Lokoja branch of the Nigerian Bar Association at the headquarters of the Kogi State Judiciary, on Thursday, in Lokoja the Kogi State capital.

The Saqeeb Saeed Principal Information Officer, Kogi State judiciary, said that the executive members of the Association were led by its Chairman, Mr Sam Owoyemi, on a courtesy visit to the Acting Chief Judge.

He said that was enough reason why both the government and judiciary of Kogi State would not relent until the court is established in the state.

Hon. Justice Olorunfemi who received the visitors along with some of his brother Judges also used the opportunity of the visit to ask for more cooperation and understanding between the Bench and the Bar in the state. He praised the current leadership of the Lokoja branch of the association fir0 engendering an effectively active and virile branch of the Association saying that it had never witnessed such vibrant leadership since the creation of the state.

He said the bar would never be marginalised on the appointment of judges as earlier insinuated by the chairman in his speech stating that lawyers would always be carried along in the appointment of High Court Judges in the state so long as they are interested.

He noted too that the issue of adequate and timely notification of courts’ sitting or inability to do so would be communicated with Registrars just as he observed too that judges were human and may sometimes have urgent matters beyond their control to attend to too which may deprive the court of sitting.

However, he emphasized that outside that, the regular sitting and timely determination if matters before higher and lower courts in Kogi State remained sacrosanct and would always be sustained to the letter. He thus enjoined lawyers to resist the urge of compromising court Registrars and other staff pointing that such acts would not be condoned as they desecrate the temple of justice.

While hoping that the issue of the financial autonomy of state judiciaries would soon be resolved in favour of the judiciary, he envisaged that when achieved, it would enable the judiciary to take full control of a certain aspect of the administration of justice as the process of service on litigants against the present situation where lawyers bear the burden. He finally pledged support for the association’s forthcoming Bar Week as he appreciated the Exco for paying the visit.

Earlier, Mr Owoyemi had congratulated the Acting Chief Judge on his appointment and pledged the association’s total support for the judiciary as it has been doing.

He also requested that his members be given consideration whenever there is an opening for the appointment of high court judges in the state.

In spite of the huge investment in the water sector by the government and international organisations, water scarcity has grown to become a perennial nightmare for residents of Abeokuta, the Ogun State capital. This report x-rays the lives and experiences of residents in getting clean, potable and affordable water amidst the surge of COVID-19 cases in the state. We will liaise with govt.  We will liaise with govt