We will bequeath a safe, reliable aviation sector to Nigerians —Nnaji 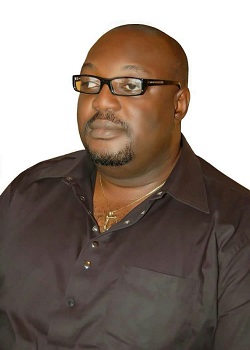 THE Chairman, House of Representatives’ Committee on Aviation, Honourable Nnolim Nnaji has assured Nigerians of the readiness of his committee members to work with their counterpart in the Senate to bequeath to Nigerians an aviation sector  that is safe, reliable and viable.

Speaking at the post-inaugural speech he delivered in Abuja, Nnaji while appreciating his appointment as the chairman of the aviation committee in the lower chamber, promised Nigerians that his committee would be guided by the legislative agenda of the 9th Assembly in carrying out the onerous task of oversighting one of the most critical sectors of our economy. “We will work as a team of Nigerian legislators and will be patriotic, diligent and professional in our duties.”

The aforementioned agencies he said operate dual budgets, the Statutory Federal Budget which he said  is embedded in the ministry’s annual budget proposal and the Internally Generated Revenue (IGR) budget, which are all supposed to be submitted to the committee annually for appropriation.

The committee chairman also pledged to work with the regulatory authorities; the Nigerian Civil Aviation Authority (NCAA) and the Federal Ministry of Aviation to ensure that proper financial audit of intending local airlines are done before issuance of licences to stem early exits of indigenous operators which have become regular occurrences in the industry.

“Our Aviation Industry has great potentials which have over the years been unduly exploited by foreign airlines. My understanding is that several foreign carriers operate multiple flights out of Nigeria daily (morning and night), charging very exorbitant fares without any indigenous operator reciprocating same. These no doubt promote capital flights, unemployment and negatively impact on the economic growth of the nation, which should not be tolerated. Findings have also shown that some Nigerian travellers now have to go through the neighbouringWest African countries to connect flights to Europe and America because fares are cheaper over there.

“I believe with the co-operation of our Committee members, our Senate counterpart and the Federal Ministry of Aviation, we will seek to address this imbalance either by expediting action on the floating of a national carrier or by encouraging private indigenous airlines to operate internationally. As representatives of the people wehave to take necessary actions to save Nigerians from the hassles of going through third party ports to travel to their desired destinations.

“There may also be a need to review the Bilateral Air Services Agreement (BASA) signed with various countries to address the increasing dominance of the Aviation industry by foreign airlines so that our indigenous carriers can be protected from early collapse as has been observed.”

He seized the opportunity to lament the inability of the five major international airports in the country to have dual runways which he said was necessary to bring our airports to International Civil Aviation Organization (ICAO)  standards saying: “Whatever that is required to improve safety and security at our airports will be supported by the legislature.”

Nnaji further emphasized the importance of the planned reconstruction of Enugu Airport runway declaring: “as it is the only international airport serving the entire South East geopolitical zone. The airport has been closed for reconstruction for over a month now with the contractor yet to mobilize to site, despite the promise of completing the project before Christmas season. Considering the security challenges we are facing on our roads now, it is necessary to give the reconstruction an urgent attention.We appreciate that the Minister of Aviation, Captain Hadi Sirika, has promised to see that the mistakes made in the previous reconstruction of the Enugu Airport will be rectified. It is also expected that the runway lightings and other critical landing facilities will be installed to make flight operations into the airport possible at night.”