We use N285 million to feed children monthly ― Kebbi govt 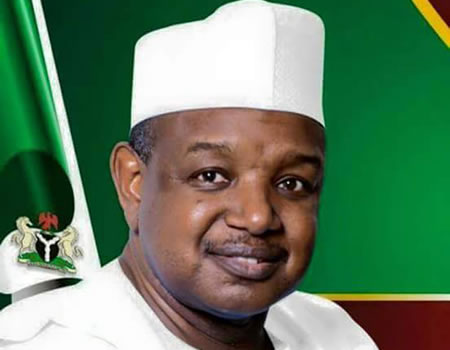 THE Kebbi State Government has said that the sum N285 million is used to feed school children monthly under its school feeding programme.

Kebbi State Commissioner for Education, Alhaji Muhammadu Magawata Aliero, made this known on Monday in Benin Kebbi, the state capital.

He spoke a two-day media dialogue on Cash Transfer Programme being implemented by the United Nations Children’s Fund (UNICEF) in the state.

Aliero, who noted that this has helped to improve school enrollment in the state, added that the State Governor, Atiku Abubakar Bagudu, also injected about N2 billion on construction of school furniture to cater for the surge in enrollment.

He expressed the commitment of the state government to sustain the Cash Transfer programme, saying the government was already working on expanding the programme to other local governments in the state.

Minister of Information, Alhaji Lai Mohammed in his speech read at the occasion on his behalf, decried the high level of out-of-school children in the country, especially girls, he said constituted about 75 per cent of the number of school aged children out of school in Nigeria.

Mohammed’s speech was read by the Assistant Director, Child Rights Information Bureau, Mrs Uche Chuta. He commended UNICEF on the intervention, saying this was in line with the determination of the Federal Government to eliminate the challenge of out-of-school children syndrome.

He said: “The Federal Government is also in the forefront of enhancing massive school enrollment, retention and completion through various child development policies including the school feeding programme.”

Kebbi State Project Coordinator, Educate-A-Child (EAC), Mr Isah Usman, said the UNICEF Cash Transfer Programme (CTP) has addressed some of the underlying causes of inequalities in education outcomes, such as poverty, social exclusion and malnutrition in the state.

He said N8,000 is paid to each beneficiary per term through the caregiver (Mother) to encourage the mothers in enrolling the children as well as cater for their academic needs.