We sacked vice chancellor over financial recklessness, says UNILAG Governing Council •It is all a charade-VC 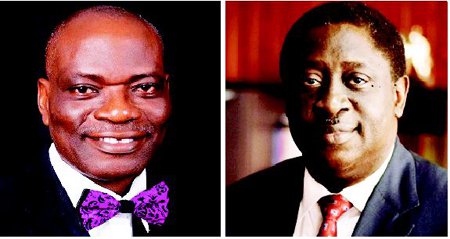 Report of panels of investigation set up by the Governing Council of the University of Lagos (UNILAG) allegedly found the Vice Chancellor, Professor Oluwatoyin Ogundipe, guilty of spending university funds recklessly and without due process and this led to his removal.

However, in the documents in possession of Tribune Online, Ogundipe denied the allegations against him, alleging that all that the Governing Council, led by Dr. Wale Babalakin, did was a charade.

Babalakin had enumerated some of the alleged infractions by Ogundipe to include spending N49.4 million on the renovation of his official residence without the approval of the Chairman of the Governing Council.

According to Babalakin, it was only after the Council set up a committee headed by a Dr. Saminu Dagari that the expenses were discovered.

“They were never brought to the attention of either the Finance and General Purposes Committee or the Council or even the Pro-Chancellor.

“These are simply criminal offences. Even the President of the Federal Republic of Nigeria with his enormous executive powers would not unilaterally and arbitrarily spend public money without the approval of the National Assembly.”

Ogundipe was also accused of making a deputy vice chancellor who had been involved in the award of the contract for the construction of the library chairman of the committee that also investigated the collapse of the building.

“The Vice-Chancellor’s action was untenable and totally disgraceful. Obviously, there was a plan to conceal the facts and protect the persons involved.

“Professor Fogam investigated the case and discovered that the whole process was done in flagrant disregard of the Council and the Federal Ministry of Education,” the council said.

Responding to the allegations, Ogundipe said Dagari in an audio recording told members of his committee that the overall goal of setting up of the committee was to indict the vice-chancellor and the bursar and subsequently have them suspended from office.

He said the committee was allowed to conduct its investigation endlessly.

“The committee spent over six months on the assignment, sat for over 40 times and in the process, incurred a bill of over N7 million by way of sitting allowance, hotel expenditure as well as feeding at meetings.

“It is also important to point out here that the External Audit Firms appointed by Council for the regular one-year audit of the University’s finances only costs the university N5.2 million only.

“Simultaneously within this period, the Pro-Chancellor had authorised an External Audit firm of his choosing to look into the books of the university for which he paid from his personal account.

“The report of his External Auditors had noted the standard kind of audit report showing some weaknesses in some of the internal control but did not detect fraud. They also made their recommendations as appropriate in a report.

“It would appear that the whole idea of setting up the committee was a charade.”