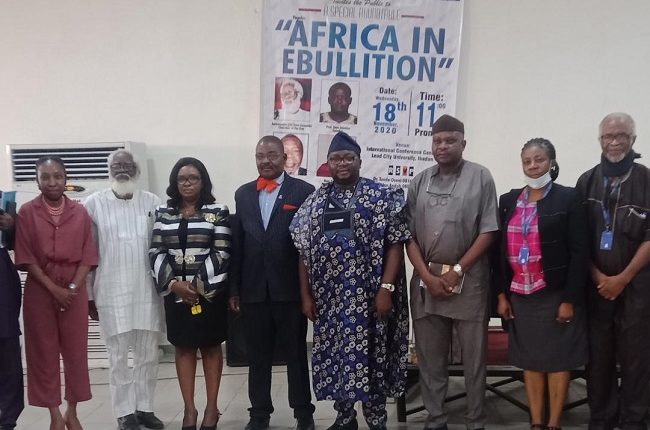 A former Nigerian Ambassador to the Philippines, Dr Yemi Farounbi, has said there is the need to revisit Adegoke Adelabu political ideology.

Speaking at a special roundtable programme organised by Olusola Sanu Centre for EuroAfrican Studies in collaboration with the Ibadan School of Government and Public Policy at Lead City University, Ibadan, on Wednesday,   said a book written by Adegoke Adelabu in 1952, titled: “AFRICA IN EBULLITION” handbook of freedom for Nigerian nationalist, need to be revisited so as to make the nation move forward.

According to him, he said some of Adelabu’s ideas ought to be revisited and utilised for the development of the nation just as he tasked Nigerian youth to participate actively in politics for tomorrow to be better than today.

“He has ideas about a political system, ideological-based for political parties because politics today had become anti-intellectual, an artisan in reasoning from intellectualism.

“He talked about agriculture, mass industrialisation, using our own resources to make Nigeria big, but these are some of the things that we have been unable to do, In 1952, when he was writing this book, we did not have crude oil or exploiting natural gas, there is need to look and revisit as well as update certain part of the book.

“Nigeria needs men who are competent to deliver the nation from captivities, and we must together make our tomorrow better than today.

Meanwhile, the grandson of the late Adelabu, Chief Adebayo Adelabu, has noted that 90 per cent of the content of the book covers all that it takes for good governance in Nigeria, adding that Nigeria has good ideas and vision but lacked visioner, but what the nation need is fiscal federalism and devolution of power to make it great.

He noted that the book was written in 1952 when there was neither crude oil nor natural gas, saying that the challenges ahead are how to make our future better than the present.

Also, the vice-chancellor, Lead City University, Professor Aderemi Adeyemo, said the programme was historic and important in many ways, adding that Africa in Ebullition is mounted to dissect the treatise and bring out the relevance and significance of the ideas espoused in the book as related to the contemporary Nigerian and African condition.