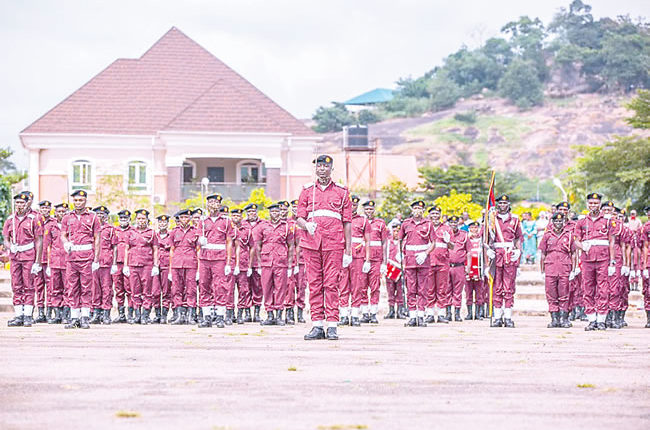 The Commander of Ondo State Security Network, Amotekun, Chief Adetunji Adeleye, on Sunday, stressed the need to procure modern and sophisticated equipment to tackle crime in the state.

Adeleye who stated this while speaking with newsmen in Akure, Ondo State capital, who advocated that Amotekun officials should be allowed to bear arm said criminals are having an advantage over the security agency in terms of weapons.

Adeleye who pleaded with the government to consider and allow Amotekun to bear licenced arms said it will allow officials to combat criminals and tackle insecurity in the states.

He maintained that there’s a need to procure modern equipment to confront criminals, saying the agencies needed encouragement from the government to be able to rid the states of the activities of criminally-minded elements.

“The agencies are looking forward to acquiring more state of the art equipment to combat insecurity in the states. There’s a need to procure modern equipment to confront criminals.”

He commended the state government for funding the corps saying the state stands out in terms of good communication gadget but needed more support to enhance its operations.

“Amotekun is doing well in terms of remuneration of officers and payment of salary but we are calling for more government support.

“The state governor has just approved the recruitment of additional personnel and in terms of personnel, we are okay.

“The collaboration has been yielding results through the knowledge and familiarity of the terrain by the Amotekun officials who understand their own environment.

“We have a very robust relationship, we share intelligence with the Civil Defence,the Police,the Army,the DSS and we do operation together.

“There are interior they don’t have the knowledge of, and if they have anything to do there we take them there since we have our personnel across the 18 local government areas of the state.

“When we get to terrible terrains like in the riverine area, we have specialist and personnel who can stay under the water for 24 hours and whatever operation that needed to be done we are always with them.

“We have deployed our personnel across the state and they have operation vehicles and motorcycles. They are the ones in the bush to pass intelligence to us. They know the indigenes and can easily identify strangers within their vicinity.

“Amotekun Corps has come to stay. There is also a need for proper policing of every nook and cranny of the country.

“The regular Nigeria Police force cannot do it alone. Other security agencies must step in to secure the country. The Amotekun Corps are making sacrifices and they are ready to work with the armed forces. It is very crucial. The Amotekun Corps have local knowledge and are familiar with terrains in the state.”

Nigeria may be close to flattening the curve of the COVID-19 pandemic as confirmed cases in the country keep dropping weekly, Tribune Online analysis has shown. This is even as the much-expected COVID-19 vaccines arrived in Abuja, the Federal Capital Territory last Tuesday…We need sophisticated weapons to tackle criminals ― Ondo Amotekun commander

Non-rendition of accounts: Reps give 17 subsidiaries of NNPC 7-day ultimatum or risk arrest