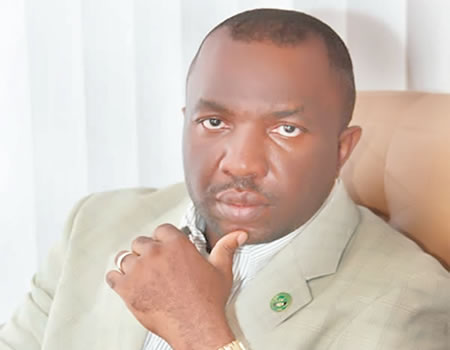 NIGERIA must restructure into true federating units for if it hopes to survive the current challenges threatening its corporate existence, the national chairman of the African Democratic Congress (ADC), Chief Ralphs Nwosu said on Monday.

In an address entitled, “We are all Entitled to be Annoyed,” delivered at the inaugural conference of Jesus Armi at Awka, Anambra State, he said there was no better way to save Nigeria from the avalanche of challenges confronting it than restructuring.

According to him, Nigerian youths across the six geopolitical zones are angry and restive because of leadership failure coupled with the continued attempt to navigate the national concourse with a faulty compass.

He said it was foolhardy for anyone to believe that “we can run a much bigger human ecosystem efficiently from Abuja as to make sense in the world,” adding that it was time “we free up, and allow our multifaceted potentials and limitless opportunities to come alive.”

Urging Nigerian leaders to be sensitive and mindful that Nigeria was a diverse country with many ethnicities, and religions, Nwosu said it was unfortunate that the country had “small thinkers” leading its affairs, not only at the national level but at state, local government and communal levels.

“The British may have made mistakes by bringing all the various peoples together. But 105 years after the amalgamation, we should be able to pave our path.

“Holding onto the faulty politics and military misadventures of the 1960s to deny Nigerians of the development, security and prosperity opportunities that the present Nigeria is capable of, is to say the least thoughtless and wicked,” the ADC chairman stated.

“Nigeria has the greatest number of a whole black race of the world. In a democratic reign, therefore, people who aspire for political leadership at any level must be mindful that Nigeria defines Africa and defines the black people.

“Leading this nation is not about ethnicity or religion, it means the world to every African and Black person.”

He said the leaders must rise above pettiness, bigotry, and tribe because while all the people of other continents like the Americas, Europe, and Asia, had become giants, “our elites bicker. We are so self-conceited, and our nation is in disarray, and Africans appear to be the laggards of the world. Leaders of other nations call us names.

“Believe it or not, but as a race, the black people may continue to suffer some complexes for as long as all nations of Africa seek aid from the other continents to survive.

“The backwardness happens because we fight each other, one ethnic group against the other; when family members are in competition with each other, the family will fail. We must stop chasing shadows, hurting ourselves; we must start envisioning Nigeria future in the world,” Nwosu advised.

I joined APC to add value to Abiodun’s govt ― Isiaka