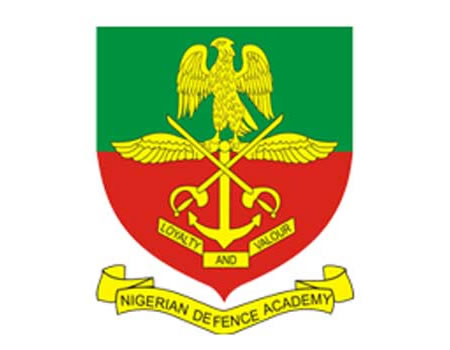 Following the security breach at the Nigerian Defence Academy (NDA) in the early hours of Tuesday morning, the academy confirmed the death of two of its officers.

The NDA spokesman, Major Bashir Muhammad Jajira disclosed in a statement that gunmen stormed its residential quarters and during the unfortunate incident, two personnel were killed and one abducted.

He said the academy in conjunction with the 1Div, Airforce and other security agencies are tracking the hoodlums.

He said the NDA community and the cadets are safe while assuring the public that the gunmen would be apprehended and the abducted officer will be rescued.

“The security architecture of the Nigerian Defence Academy was compromised early this morning by unknown gunmen who gained access into the residential area within the Academy in Afaka. During the unfortunate incident, we lost two personnel and one was abducted.

“The Academy in collaboration with the 1Division Nigerian Army and Air Training Command as well as other security agencies in Kaduna State has since commenced pursuit of the unknown gunmen within the general area with a view to tracking them and rescue the abducted personnel.

“The NDA community and Cadets are safe in the Academy. We assure the general public that these unknown gunmen would soon be apprehended and the abducted personnel rescued.”

In spite of the huge investment in the water sector by the government and international organisations, water scarcity has grown to become a perennial nightmare for residents of Abeokuta, the Ogun State capital. This report x-rays the lives and experiences of residents in getting clean, potable and affordable water amidst the surge of COVID-19 cases in the state.  We lost two officers

The Lagos-Ibadan railway was inaugurated recently for a full paid operation by the Nigerian Railway Corporation after about a year of free test-run. Our reporter joined the train to and fro Lagos from Ibadan and tells his experience in this report…  We lost two officers