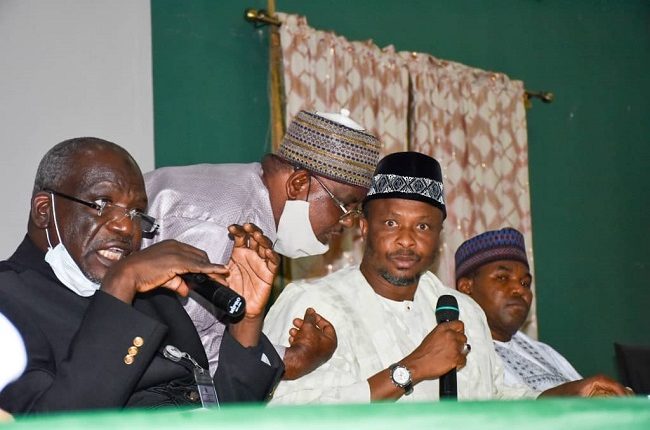 A massive fraud of a whooping sum of N1.062b has been uncovered in Bauchi State as committed by civil servants that were ghost workers and pensioners in 4 years between June 216 and January 2020 a development that has really set the state backwards in terms of social and infrastructural development.

The disclosures were made by the State Commissioner of Finance, Umar Sanda Ahmed while briefing Journalists on the outcome of the Bauchi State Executive Council meeting held in Wednesday at the Banquet Hall of the Government House.

The Commissioner explained that in the state payroll alone, a total of 193 people were involved in perpetrating the fraud with over N270 million lost in the fraud while in the local government payroll, there were 66 people who have collected over N792 million using fictitious names.

Umar Sanda Adamu said that “The total amount of fraud for both the state and local government payrolls is N1.062 billion.”

He added that those employed in the pre-service scheme including Doctors, Nurses, Radiographers and other medical staff that were bonded based on the amount they spent by the time they finished.

He said that “instead of them to come back and work because they are still in the employment of the state government but they ran away and took appointment elsewhere yet they were drawing monthly salaries and other allowances from the coffers of government”.

The Commissioner added that “So the decision taken by the Council is that  letters should be written to them so that they can come back to serve out their Bonds and if they refused, they should be prosecuted while whatever amount they must have drawn will be recovered from them”

“Some of the civil servants so far found guilty were interrogated by the DSS. At the first instance, those arrested were sent to the Police while the leader of the syndicate is with the DSS undergoing interrogation. As we are discovering them, we’ll hand them over to the security agencies. We are liaising with the Attorney general and Commissioner of Justice that the names of those found guilty will be published in the National Dailies,” he stated.

The Commissioner added: “His Excellency has vowed that he wants to leave a legacy, to make the issue of these ghost workers, a thing of the past.”

Also speaking, the Commissioner of Health, Dr Aliyu Maigoro said that the government will not spare those fingered among the ghost medical personnel saying: “Those doctors that absconded, we are going after them. We are working with the Attorney General and Commissioner of Justice in order to ensure that we prosecuted them. We will also go after those who went on study leave without approval.”

The Health Commissioner said that a total of 1,279 ghost workers including 100 doctors were detected in his Ministry so far.

It will be recalled that the issue of ghost workers had remained a problem for the state government making it to lose several millions of Naira every month thereby making the monthly wage bill to be on the increase often without the opportunity to employ new ones nor promote those due and qualified.