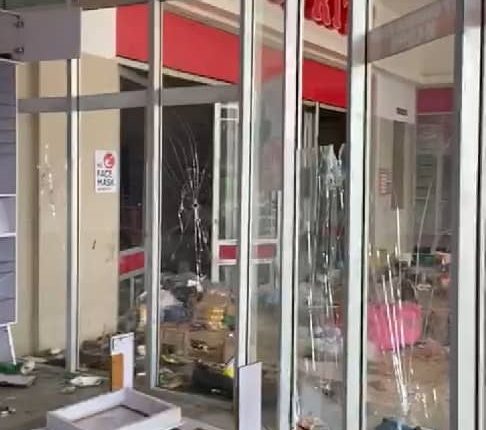 The management of Y North, one of Nigeria’s largest Indigenous fashion brand, has called on the Federal Government and governors of Kwara, Osun and Lagos states to come to their aid as the company has lost goods worth over 38million naira.

The Managing Director of Y North, Mr Babalola Oluwaseun Bamiro, said suspected hoodlums burgled his store in Palms Mall, Ilorin, which had over 30million naira worth of goods completely, 2million naira goods carted away in Osun Mall in Osogbo while goods worth over a million naira was destroyed in SPA Mall in Lekki.

Y North condemned the act of robbery, saying that many businesses are being affected and only government can rise up and help many business owners who were affected.

He also called on Kwara State government to ensure looters do not hijack the process of supporting business owners who were affected, adding that the use of online forms may not become fraudulent as persons who did not lose anything may come out to also claim compensations.

Y North said government during an on the spot assessment should have noted and listed organisations that should be compensated after losing so much and appealed to the Federal Government to come to his aid at this time that many businesses are struggling to survive.

He also called on well-meaning Nigerians home and abroad to assist and save his business from major collapse, noting that Y North has 60 outlets and stores across the country with about 100 staff working across the country.

He said it is pathetic for an indigenous brand should not be experiencing such a major loss having contributed immensely to the economic development of the country.