We killed DPO for giving us problems while serving, lawmaker for not giving us money ― Suspected Bauchi Bandits 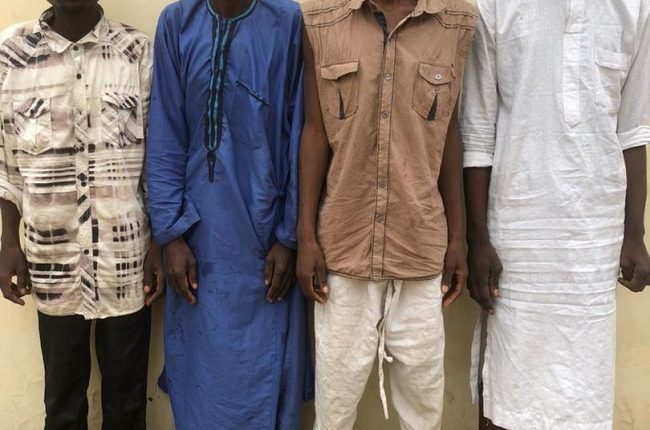 The bandits confessed to having killed a serving lawmaker, Musa Mante for not giving them money when he was alive and retired DPO for preventing them from committing crimes, while also confessing to having abducted and robbed many other persons.

According to a police source, who is privy to the arrest of the bandits and who pleaded anonymity, “our men have arrested three members of a very deadly and notorious gang of gunmen in Dass Local Government Area of Bauchi State. We are on the trail of other members of the gang.”

The police source said “they have confessed to taking parts in different killings, kidnappings and armed robbery incidents in Bauchi. They killed a serving member of the Bauchi State House of Assembly and abducted three of his family members. They are also responsible for the killing of a former DPO of the Tafawa Balewa Division, CSP Garkuwa.

He also claimed that a member of his gang, Abdulwahab Alhassan masterminded the killing of the lawmaker. He said: “I was first arrested for a case of criminal conspiracy, armed robbery and kidnapping at the Dass Divisional Police Station. The case was transferred to the Bauchi State Criminal Investigations Department and I was charged to court. The court found me guilty and I was sentenced to two years in prison.”

The suspect also continued that “After I finished serving my term at the Bauch Central Prison, I continued my criminal activities. Other members of my gang are Yalura, Shagari, Wakai, Ibrahim, Abdulhassan Abdulwahab.

“My gang killed Honourable Mante and kidnapped three of his family members. He offended me but I am not the only one that he offended. He used to give people money but he never gave him. That is why I don’t like him I have begged him for money many times. He did not give me but he was giving other people money,” he also confessed.

The gang leader also stated that “I did not want to kill him but when Abdulhassan also told me that he also hated the honourable and we should kill him. It was even Abdulhassan that facilitated how we located him and gained entrance into his house.”

He also stated that “It was all of us that hated the DPO. When he was the DPO of Tafawa Balewa police station, he was always giving us a tough time. He was arresting our members and preventing us from operating in that area.”

Alhassan also confessed to being a member of the gang. He however claimed that he did not follow them to his house for the operation and that he only provided the gang with information.”

The suspect said “I am into the sale of hard drugs. I know most of these criminals and sell hard drugs to them. My problem with Honourable Mante is that he refused to help me when I had a problem with the National Drug Law Enforcement Agency (NDLEA) in Bauchi then.

“I sent people to him with the hope that he will assist me by using his position to facilitate my release from the NDLEA but he ignored me. I spent one year in prison and I was released to go and unite with my family.”

The spokesperson of the Nigeria Police Force, Muyiwa Adejobi confirmed the arrest of the suspects to newsmen and expressed the commitment of the force to the protection of lives and properties in all parts of the country.

The next Oba in Oyo kingdom must be deeply rooted in Yoruba culture and traditions to promote, preserve the racing heritage ― Aare-onakakanfo of Yoruba land