We have missed it completely in Nigeria —Professor Mary Lar 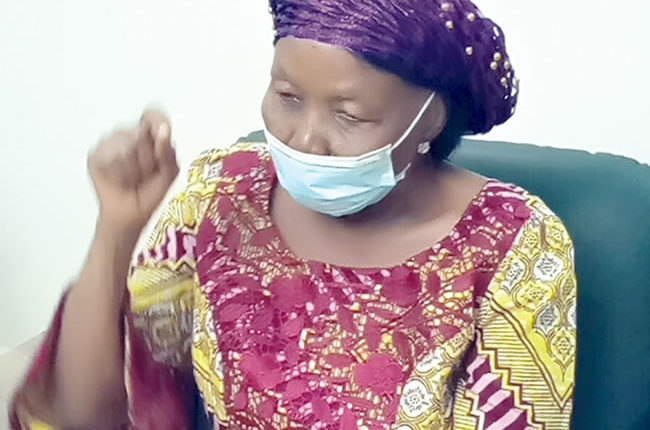 Mary Lar is a retired professor of Education and wife of the pioneer national chairman of the Peoples Democratic Party (PDP) and first civilian governor of Plateau State, the late Chief Solomon Lar. The former Nigerian Ambassador to the Netherlands, who clocked 86 recently, in this interview by ISAAC SHOBAYO, speaks on some issues of national importance.

How does it feel being 86 years old?

I am happy for the grace to clock 86. I strongly believe that God has a purpose for keeping me alive. I can see what the Lord is doing in my life. The past 86 year have been very eventful years in which I have seen God’s power and how the power has been moving in the world and shaping my life for good. What God has been doing is so marvelous and wonderful. This has been part of my experience in the past 86 years. God, in His mighty power, has seen me through.

As a child, I was not supposed to be educated because my parents did not believe in educating female children. They believed that somebody like me should just go ahead and get married but I was eager to go to school. They didn’t understand what it meant for a girl to be educated but I insisted. I had to get my uncles to aunties to prevail on my parents to allow me follow my dream. An uncle paid my school fees. In those days, finding work was not a problem. As soon as you finished your education, work was already waiting for you but nowadays, the situation is not the same. Even with PhD today, you have to suffer. Graduates of today do all sorts of menial jobs to eke out a living. As I grew into maturity, I was happy to marry the man I married. He was so nice and caring that he allowed me to pursue my education up to the peak.

I went abroad to study. When I returned, I was to work in an office but I said no, this was not my passion; my interest then was in children. I wanted to impact the lives of people. They were disappointed that I didn’t want do administrative work so I disappointed them by going to classroom to teach. It wasn’t too long before I was made principal. To me, impacting lives was most important. After that, God saw me through to the end of my carrier. I got to the peak. I was full of joy because I, who was not supposed to be educated, became a professor of Education. The Lord is good. I don’t know how He paddled me and took me through all these.

I worked as a teacher and later as an administrator. I want to say that the experience I had was truly great. It is expected that when you are doing well, some people might not be happy. Sometimes people prefer wrong things to right things. There are those that will accuse you for nothing. For instance, when those in authority thought that I had some knowledge of how to reach out to children, during the UBE programme, they thought that people like us who were trained should be part of it to train others, to be teachers. Then I was asked to present macro teaching on the television and somebody that we finished together saw this and went to the Ministry of Education to say that this woman, we finished together, she is just interested in popularity. Some people are not just happy seeing you make progress. This is the life I have seen. I became a pensioner at the end of my career but when I was in my ‘60s, I was still active. So, I went back on contract and I continued to lecture at the University of Jos until I was nearly 70 before I finally retired. It was then I realised what pensioners are going through. I came to the conclusion that is it not better to cancel the idea of pension? For nine months now, I have not received any pension. When I asked them, some would say when we called for verification, you were not around. During those periods, I was outside the country for medical treatment and when I came back, nobody told me there was anything like that. I explained but still there was no sign of anything. I don’t know whether they will ever pay or not. I know of many that died for not being paid their pensions.

What was it like during the political journey with your husband, Chief Solomon Lar?

The political journey with Baba Lar was very smooth. He was very busy and I was busy in my own way, because I was busy with schools. Some people often told him that ‘your wife is not helping you; she doesn’t involve herself in political activities or go out with you to campaign’. But he often told them that ‘what my wife is doing, imparting knowledge, is in line with what I am doing’. He said what I was doing as a teacher, impacting lives, was equally important, helping others to become literate, especially under the nomadic education system. As First Lady, I was attending school doing my PhD and it was from there I came up with the concept of nomadic education. That was during my  PhD programme, because I studied what was happening in Mauritania and other desert tribes and realised that those desert tribes focused on educating the nomads and that they had peace and the nomads were well educated. My husband keyed into this to start a successful programme when he was governor. It was the first nomadic programme that was adopted in Nigeria by Plateau State government. If we had followed this meticulously, we probably wouldn’t be where we are today.

What is your assessment of present-day Nigeria compared to when you were growing up and building your home with Chief Lar?

Nigeria of the past is not the same as the present-day Nigeria. It looks as if Nigeria suddenly decided to abandon what is right and pick up what is wrong. If people don’t care about the way they live, certainly things will not go well. We need to understand why we are here on earth. We have our Creator Who created all of us. We were all made in the image of God and if we were made in the image of God then we must respect God by honouring all human beings. I believe that there is no human being made in the image of God that doesn’t know what is right or wrong. We can judge ourselves. Are we doing what is right? But we spend time blaming one another and nobody is doing the right thing. I think we need to go back to the past because we have missed it completely. Only a few are ruling with the fear of God. When you know God, you will know how to respect human beings. All our religious practices will end in zero if we are discriminating; our ethnic diversity that was supposed to bring us together to form a good image anywhere and be the basis of our strength will amount to nothing. Our strength has suddenly become our problem. Discrimination on the bases of tribe, ethnicity and religion has become the order of the day. We need to go back to the past and do the right things.

As a retired professor of Education, what do you make of education in Nigeria?

We made all efforts to train the young ones and at the end of it, nothing to show. No job. People turn into something else. Our children are just roaming about with nothing to do. They will get every degree under the sun but in the end, no job. This scenario is quite disturbing and frightening. It tells us that something is wrong with either the curriculum or the system. It is good to get all the degrees but if they are not fetching you any good or putting food on your table, what use are they? The problem of unemployment needs to be addressed squarely to tackle the myriads of other problems confronting our country, including insecurity.

What is the future of education in Nigeria, considering the spate of kidnapping of students, especially in the North?

Things will continue to go wrong when people suppress good things for selfish reasons. It is like we have chosen to be on the wrong sides of things. There is nothing we can do to inject sanity into our nation other than to be doing the right things. We should know that we will give account of all our deeds. Nobody is ignorant of what is right but I believe God will bring an answer to all these problems.

How would you compare the present political situation to when Chief Lar was alive?

In those days, people who were chosen to be leaders were concerned about the citizens, about what they could do for them. They tried to keep the promises they made during campaign. But the question is that are present-day politicians keeping their campaign promises and following their party manifestos? When my husband was governor, there was nothing like discrimination. There were people of different tribes in his government. There were lots of people that were not of Plateau State origin. There were Yoruba, Igbo, Itsekiri, Hausa and others in his administration. He embraced every single Nigerian but now I don’t know what is happening. You know better than I do.

If Chief Lar were alive, would he be happy with what is happening in the country?

Baba would not be happy to see segregation and neither will he be happy that the government is not as inclusive as it ought to be. His emancipation programme brought in so many, including the nomads. We started with nomads and moved on to fishermen. We were also providing fishermen with education. He introduced so many projects that people benefited from. I don’t think that somebody that could do that would be happy to see something different.

When parents come to my house, I cry for their children and mine too —Teacher of…

2023: Why the North must not retain presidency —Ado Doguwa